PH provides ICC drug war data out of politeness, not out of necessity: DOJ

PH provides ICC drug war data out of politeness, not out of necessity: DOJ

On Wednesday, Justice Secretary Jesus Crispin Remulla reaffirmed that the Philippines is only doing this out of goodwill in order to give the ICC the information it needs to resume its probe into the nation’s drug war.

At the Kapihan sa Maynila event, Remulla reiterated his previous statement that the ICC should not interpret the country’s functioning criminal justice system as compliance.

“We are looking into these crimes right now. Our legal system is effective. And that is the most significant item there. As I mentioned, the American (lawmakers) requested permission to visit (former Sen.) Leila de Lima in court, and the court approved their request. It just demonstrates how the court assesses whether or not a person’s actions are justified “Remulla declared.

Remulla was making reference to the US delegation headed by Senator Edward Markey, who recently requested permission from the Muntinlupa City regional trial court to meet the incarcerated former senator.

“In nations where there is no rule of law, they have done that in Somalia and Sudan. Hindi naman tayo ganun (We are not like that). If the decision is made to withdraw from the ICC, then so be it; we will merely ascertain people’s guilt using our own methods because we already have a justice system in place that is distinguished by our rule of law “Remulla declared.

“As I’ve already stated, whatever we do is done out of goodwill, friendliness, and respect for other nations and their unilateral agencies. We are no longer members of the ICC, and we are not providing anything as a matter of compliance. As a result of our withdrawal from the Rome Statute, they are not required to enter our country and begin an investigation “Added he.

A deferral letter request from the Philippine Ambassador to the Netherlands prompted the ICC to announce last December that it was pausing its investigation into alleged atrocities during the war on drugs.

Prosecutor Karim Khan has requested the ICC Pre-Trial Chamber I in a 53-page motion, to permit the restart of their probe into the Philippine government’s anti-narcotics campaign that resulted in thousands of deaths.

The DOJ is currently examining 5,655 anti-drug operations that resulted in fatalities to see if there is sufficient evidence to bring charges against the implicated police officers. 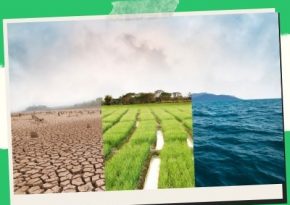 The Department of Agriculture (DA) promised on Wednesday that the […]

Ilocano Ako Richelle Singson, a representative for the Ako Partylist, […]

Concepcion accepts the use of face masks outdoors voluntarily.

Joey Concepcion, the founder of Go Negosyo and the lead […]