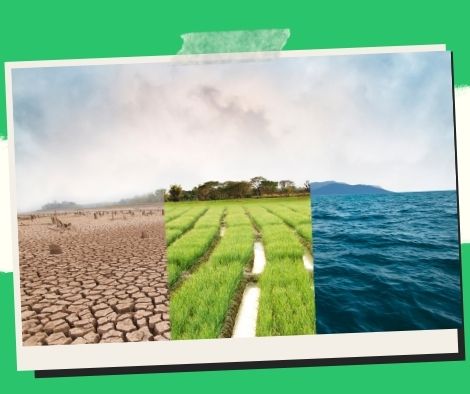 The Department of Agriculture (DA) promised on Wednesday that the Philippines would not be significantly impacted by the drought in China, which could lead to a decrease in the world’s supply of rice.

The government has measures in place to increase local manufacturing, according to DA Undersecretary Domingo Panganiban, who was speaking at a Laging Handa briefing.

We may not be impacted by the drought in China because our output is doing well this season, he said.

Earlier, DA Assistant Secretary Arnel de Mesa stated that the agency does not anticipate a scarcity of supplies because it anticipates “90 percent sufficiency in rice for the third quarter of the year.”

De Mesa stated that the nation has at least 72 million metric tons for 46 days, while Panganiban stated that once the harvest begins in October and November, the supply will stabilize.

The DA can import rice from Vietnam, Thailand, and other nations with excess local output, in addition to local production, according to Panganiban.

However, the Samahang Industriya ng Agrikultura (SINAG) predicted that by October, rice prices will have increased by PHP3 to PHP4.

The DA was unable to disperse cash help on time during the planting season when farm input prices soar, according to the SINAG, which warned that a rice price increase might occur.

Additionally, Panganiban claimed that only the cash assistance provided by the Landbank of the Philippines (LBP), worth PHP5,000 per recipient, had not yet been released because of some prerequisites not being met.

“The DBP (Development Bank of the Philippines) is financing this component; the Landbank is not,” Only the Landbank has not distributed [yet], the DBP have already given their share. Ang Landbank dahil ni-require nila ang Department of Agriculture para magpalitrato ‘yung mga farmer sa kanila sa DA, kasi wala namang photographer ang DA. Farmers must be photographed by the DA; yet, the DA has no photographers,” he claimed.

Panganiban, however, guaranteed that he had given his regional offices instructions to expedite distribution cooperation with the LBP and farmers.

Marcos claimed that the Senate had long ago authorized the appropriation with haste during her visit to the DA for the Young Farmers Challenge-National Capital Region awarding ceremonies.

“This is long delayed; it was promised under the previous administration,” the speaker of the Senado said. “Kami naman sa Senado at mabilis pa sa alas-kuwatro in-allocate na ‘yung mga pondong ‘yan, eh nasaan. Where is it?)” she asked in an interview. “We in the Senate swiftly allocated the amount.

Agriculture Undersecretary Kristine Evangelista claimed that the requirement, which had an impact on Landbank distribution, was a result of “digitalization,” in which farmers needed intervention monitoring cards with features akin to those found on ATMs.

The LBP promised in a previous statement to expedite the distribution of financial aid to farmers who had not yet received it.

The necessity for government economic assistance to reach underprivileged Filipinos, particularly our farmers, is recognized by Landbank. We want to reassure the public that these precious and scarce resources are being handled with the utmost caution, and we’ll keep cooperating closely with the DA to ensure the prompt disbursement of the financial grants, said Cecilia Borromeo, president of the Landbank.

The LBP stated that farmers should get their PHP5,000 monetary assistance by September 7.

The Supreme Court has dismissed a plea brought by a […]

Makati’s P65.7-million tax demand against a holdings firm is dismissed by the CTA.

The Comelec prints 67.4 million ballots ahead of the April 25 deadline.