If the Department of Agriculture (DA) does not quickly release nearly PHP9 billion in government subsidies for rice farmers to buy fertilizer and other farm inputs, Senator Imee Marcos warned of dismal agricultural production on Sunday.

If the DA postpones the payment of agricultural subsidies, it will only make things worse for itself. If farmers can’t afford fertilizers and give up their livelihood, farm yields for the nation’s staple crops cannot be maintained, never alone increased, Marcos said in a statement.

Given that they are already preparing for the wet planting season this September to October, she claimed that the PHP5,000 in cash aid for around 1.6 million farmers was taking a while to arrive.

According to the Land Bank of the Philippines, the DA’s ID system issue was the cause of the delay in the funds’ delivery.

According to Marcos, who is the chairman of the Senate Committee on Cooperatives, “if the DA lacks the capacity to update its RSBSA (Registry System for Basic Sectors in Agriculture), then it should call on municipal agriculturists who should have a list of farmers’ cooperatives in their areas of responsibility.”

She continued by saying that people whose livelihood has expanded to include processing their crops into value-added goods should not be left off the RSBSA’s list of individual farmers who have access to fertilizer and seed subsidies but should be supported.

Last year, the government collected over PHP18.9 billion in rice tariffs, which allowed it to allocate an additional PHP9 billion in farmer subsidies on top of the PHP10 billion required by the Rice Tariffication Law.

According to Marcos, the PHP5,000 subsidy will allow a farmer to cultivate a hectare of land to save 25–33% on fertilizer expenditures.

At the current pricing of urea fertilizer, farmers use six to eight bags of fertilizer per hectare and spend PHP15,000 to HP20,000.

Local farmers are in a panic as a result of costs that have quadrupled since 2020, from roughly PHP800 per 50-kilogram bag of urea to PHP2,300 to PHP2,500 this year, due to the limited worldwide supply of fertilizer. 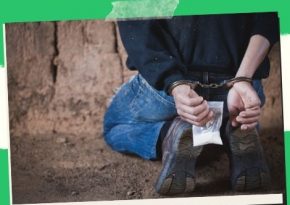 Marcos is being asked by PRRD to continue his anti-drug campaign in his “personal style.”

The House of Representatives is pushing for mandated healthcare coverage.

The House of Representatives passed a bill on second reading […]