As part of its Adopt-A-Park initiative, the Metropolitan Manila Development Authority (MMDA) formally opened the Urban Green Space and Recreational Park at Bayanan Baywalk in Muntinlupa City on Monday.

In a news release released on Monday, Dimayuga said, “It is always a good day when we inaugurate projects like this since it is a testimonial of the relevance of the constructive partnership between local government units and national agencies.”

The creation of the park, according to Biazon, is a component of his administration’s 7K Agenda.

“Keeping the park clean is a common obligation of ours. I implore the Barangay Bayanan officials and the Muntinlupa City government to carry out and properly complete their responsibilities for the benefit of our residents, said Rufino.

The park features new grass, bollard lighting, seats, ramps for people with disabilities (PWDs), an exercise space, and a vibrant play area for children. It was given to the City Government of Muntinlupa.

The Department of Interior and Local Government Secretary Benjamin “Benhur” Abalos Jr., a former chair of the MMDA and current secretary, came up with the Adopt-A-Park project, which was implemented last year. The LGU proposes the location, design, and cost estimate, while the MMDA establishes the standards for site selection, provides funding, and oversees project implementation.

The Department of Foreign Affairs (DFA) has expressed its displeasure with Julian Felipe’s return of 100 Chinese boats. 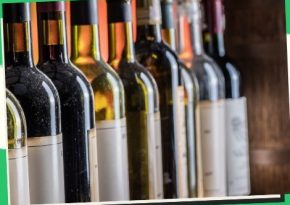 A bill banning the consumption of alcohol by children and […]