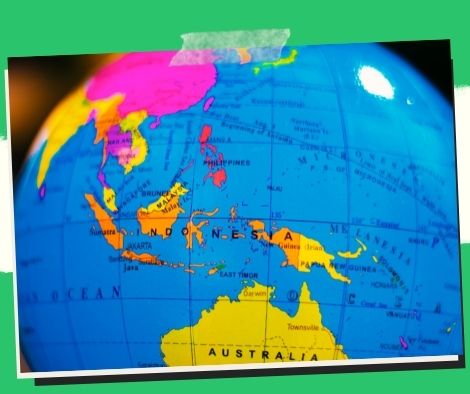 After their private meeting at the Bogor Presidential Palace in West Java, Widodo made the following statement: “I welcome the Philippines to continue increasing trade potentials as well as connectivity in border areas.”

Widodo specifically mentioned the revival of the Manado-Davao aviation route as well as the roll-on/roll-off (Ro-Ro) shipping routes between Bitung and Davao.

He said that trade between Indonesia and the Philippines surged by over 50% from the previous year.

He continued, “In particular, Indonesia pushed an expansion in the export of food and drink, pharmaceuticals, coconut, and seaweed products.

Widodo similarly expressed his excitement for further collaboration in the infrastructure and strategic industries.

Several state-owned businesses (SOEs) from Indonesia have taken part in development initiatives in the Philippines. For instance, PT PAL’s project to purchase two docking platform vessels and PT LEN’s railway signaling project in Manila. I’m hoping that the deal to buy the NC212i plane from PT. Dirgantara can go through,” he remarked.

He also expressed the expectation that additional chances would present themselves for private businesses and Indonesian SOEs to assist in development in the Philippines.

According to Widodo, the new Border Crossing Agreement and Border Patrol Agreement, as well as the border security agreements, will all be reviewed by Indonesia and the Philippines.

According to him, Indonesia has also agreed to quicken negotiations on the 1982 United Nations Convention on the Law of the Sea-based delimitation of the continental shelf.

Widodo expressed his gratitude for signing the Agreement on Cooperative Activities in the Field of Defense and Security, adding that the two nations had agreed to promote increased collaboration and the safety and security of seas in border regions.

He also praised the Philippines, Malaysia, and Indonesia for renewing the Trilateral Cooperative Agreement (TCA), which is required to protect waterways from hostage-taking and kidnapping threats.

Along with border cooperation, Widodo reported that they also talked about making Asean (the Association of Southeast Asian Nations) stronger and putting the Asean Outlook on the Indo-Pacific into practice.

Additionally, he emphasized how crucial it is to maintain Asean’s unity and centrality.

“Indonesia wants to ensure that Asean continues to be a force for growth, peace, and stability in the area. In order to improve adherence to the Asean Charter and address upcoming difficulties, he stated that Asean must be able to.

The leader of Indonesia stated that Asean Centrality would be strengthened through the execution of the Asean Outlook on the Indo-Pacific through practical and inclusive cooperation.

Widodo added that it was a privilege for Indonesia to host Marcos and his group on their first visit to another country.

He also expressed his gratitude for the Philippines’ promise to help Indonesia fully during its tenure as Asean chairperson in 2023.

From September 4 to 6, Marcos will be in Indonesia for a three-day state visit.

He spoke with the Filipino community in Jakarta before meeting Widodo.

VP Sara and the PNP head will discuss how to combat illegal groups.

MANILA, Philippines — The national anti-drug campaign has never been […]