Liz Truss, leader of the UK Conservative Party, has been appointed as the new prime minister.

According to a picture that Buckingham Palace released of the 47-year-old politician being welcomed by Queen Elizabeth II at the Balmoral Palace in Scotland.

According to tradition, the monarch meets with the elected prime minister and requests that they form a cabinet. The queen previously accepted Boris Johnson’s resignation, which was submitted after he had served as prime minister for just over three years.

Truss will become the 15th prime minister during Queen Elizabeth II’s reign and the 56th in the history of the UK (or the 78th if you count those who have held the job more than once). She will also be the third woman to lead the cabinet, following Theresa May and Margaret Thatcher (who led it from 1979 to 1990). (from 2016 to 2019).

Truss will deliver a speech when she returns to London in her new role. After that, she’s anticipated to introduce a new UK cabinet. 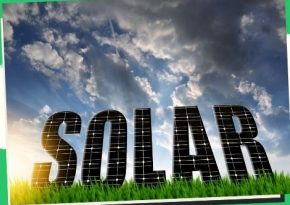 Building powered by solar panels hopes to stimulate the use of renewable energy.

The construction of a 50 kW on-grid solar energy system […]

Employees of this computer behemoth will no longer be able to work from home; a deadline of September 5 has been set.

According to an internal communication from Apple CEO Tim Cook, […]