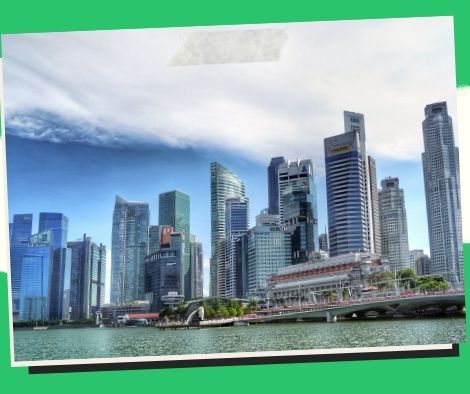 One of the goals of President Ferdinand “Bongbong” Marcos Jr.’s trip to Singapore is to maintain political and economic stability.

During his remarks at the state luncheon held at The Istana in Singapore, Marcos highlighted that Singapore is a significant partner at the bilateral and regional levels.

“We envision the Philippines moving forward toward the future with Singapore by our side. Singapore — as a step in our quest to uphold regional political stability and economic growth, said Marcos.

Marcos expressed confidence that relations between the Philippines and Singapore will continue to develop and become even stronger in the years to come, both bilaterally and within the Association of Southeast Asian Nations (Asean).

In light of the Asean’s development into the “strongest and most viable” political body, he acknowledged this.

“I am eager for our two countries to have deeper and closer ties. We now have renewed hope for an even better future because of our open conversation and candid sharing of ideas in the governments that were signed this morning,” he remarked.

In a Facebook post, Marcos also expressed his gratitude to Prime Minister Lee Hsien Loong and President Halimah Yacob of Singapore for their cordial welcome and their renewed commitment to strengthening bilateral ties.

According to Marcos, “Our administration will make sure that the pledges made in areas like security, digital cooperation, personal data protection, water management, and economic development result in real advantages for the people of both of our nations.”

Marcos also stressed that Singapore and the Philippines serve as examples to the rest of the globe of how a nation’s strength is not determined by its size but rather by the standard of its citizens’ lives and its diplomatic connections with other countries.

In 1969, Singapore and the Philippines formally established diplomatic ties.

The Philippines values its relationship with Singapore, a fellow founding member of Asean.

In a number of crucial areas, such as commerce and investment, security and defense cooperation, cultural exchanges, and people-to-people ties, the bilateral relations between the Philippines and Singapore have improved.

When Marcos and First Lady Liza Araneta-Marcos visited Singapore’s National Botanical Garden on Wednesday, an orchid was named after them, demonstrating the two nations’ close friendship.

“I may claim that I have been fortunate to get numerous honors of all kinds throughout the world. But thank you very much, I’ve never had a gorgeous, such a gorgeous orchid named after the First Lady and me,” Marcos added.

More chances are available to the more than 200,000 Filipinos who work and live in Singapore, thanks to the developing economy there.