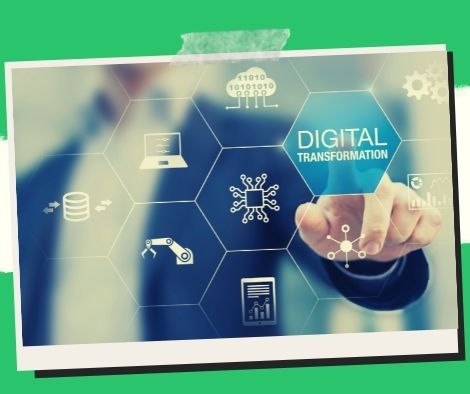 According to President Ferdinand “Bongbong” Marcos Jr. on Friday, the country’s economy will benefit from digital transformation projects.

As he presided over the digital ribbon-cutting ceremony for the opening of the UnionBank Innovation Campus in the City of San Pedro, Laguna, Marcos commented.

In his keynote address, he said, “The initiatives we have, like (what) UnionBank is doing with this campus that we just inaugurated, that we just opened today, are precisely the kind of innovations, the kind of forward-thinking operations and actions that we will need, not only in the private sector but also in the public sector.”

Marcos underlined the importance of utilizing digital advancements to increase employment and boost the nation’s economy.

To make public transactions simpler and more convenient, the government, as a player in the “new digital world,” will seek cooperation with the private sector.

The President stated, “I hope you will explore the many possibilities and use the many bright ideas that our specialists have so that we may generate more jobs and safeguard our nation’s economic rebirth. To sustain growth and foster new advancements in this field. If we do not see the trend occurring worldwide, “We would be left without anything and would be careless with our responsibilities.”

The strategy aims to integrate 70% of adult Filipinos into the formal financial system by 2023 and transform at least 50% of all retail transaction volume into digital form.

According to Marcos, the government can achieve the BSP’s objectives by strengthening its capabilities in fields like software development, data analytics, artificial intelligence, and blockchain technology.

He said that we could not permit the Philippines to fall behind since that is the only way we will conduct business in the coming years.

Marcos praised UnionBank for establishing the UnionBank Innovation Campus, which he claimed would boost the nation’s economy.

He said that opening the UnionBank Innovation Campus will intensify our collective efforts to bring our banking and ICT (information and communications technology) industries into the future. “UnionBank’s track record in creating opportunities through innovation and digital solutions in the banking sector is uncontested. We apply the same objective to the public sector, to government, and to the digitalization of government at the local and national levels.

The UnionBank Innovation Campus is intended to become the nation’s top center for technology and research.

The campus is primarily intended to house several innovation hubs, including the first-ever Asian Institute of Digital Transformation and UnionDigital, the digital banking division of UnionBank.

The campus amenities were also examined by Marcos, who visited the UnionBank Innovation Festival.

In conjunction with its numerous partners in the public and private sectors, UnionBank produced several cutting-edge digital solutions, applications, and the newest trends in FinTech, EduTech, Data Science and Artificial Intelligence, Open Finance, and the Metaverse for the festival.

In his first State of the Nation Address, delivered on July 25, Marcos emphasized the significance of digital transformation in the Philippines for the country to succeed in the Fourth Industrial Revolution and keep abreast of the globe as it enters “an age of exponential adoption of technology.”

DepEd expects all-F2F classrooms to be full by November: PBBM

On Monday, a Commission on Elections (Comelec) official stated that […]