The Department of Budget and Management (DBM) announced Friday that around PHP3.7 billion will be set aside for the Supplementary Feeding Program (SFP) of the Department of Social Welfare and Development (DSWD), which will assist roughly two million children.

According to Budget Secretary Amenah Pangandaman, the spending plan is part of the projected 2023 National Expenditure Program (NEP) and is intended to ensure that children between the ages of three and five receive adequate nourishment.

“The kids of our nation are its future. To ensure that children, particularly those who are in their formative years, do not suffer hunger, it is necessary for us to make sure that all of the children in our care, including those in formative years, have access to food. According to Pangandaman, we want our kids to eat well and lead healthy lives.

The SFP is divided into the regular feeding and milk distribution subprograms.

According to the DBM, approximately PHP3.1 billion will be used for supervised neighborhood play, and the regular feeding of almost 1.8 million children enrolled in child development facilities run by local government agencies.

The DBM noted that approximately PHP360 million would be allocated for the milk feeding program, which will help 157,968 malnourished youngsters.

According to the Budget department, the remaining PHP181.9 million would be set aside for SFP administrative expenses.

According to Pangandaman, children’s physical and mental capacities must be developed and enhanced through appropriate nourishment.

President Ferdinand “Bongbong” Marcos Jr. emphasized the need to “continue to address malnutrition among newborns, toddlers, and children” in his financial speech.

The SFP for undernourished children is being implemented by the DSWD, which is the primary agency. 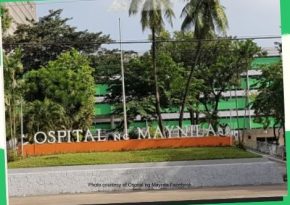