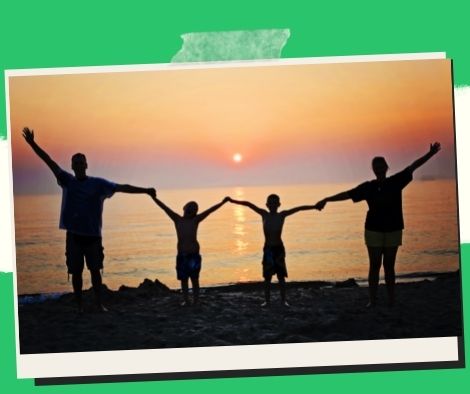 On Monday, Vice President and Secretary of Education Sara Z. Duterte urged parents to carefully plan their families to ensure their kids have the support and education they need.

“We also urged parents to carefully plan their families to ensure they would be able to give their children the needed support, especially in their studies,” the Office of the Vice President (OVP) stated in its post.

A day after visiting Siquijor to personally hand out school supplies as part of the OVP’s PagbaBAGo campaign, Duterte commented.

Siquijor was the fifth province to get assistance from the PagbaBAGo initiative, which has already given out 5,000 food packs to parents and over 2,400 packages to students.

On Sunday, Duterte celebrated the province’s 50th anniversary of its formation alongside the Siquijorans.

The former president’s daughter praised Siquijor’s enormous tourism-related economic potential as well as the effective work of the local government units during her remarks.

“As the economy begins to grow again, it is equally urgent to connect these potentials and bring them to the forefront of the island’s development, which is pulsing with the energy of its people. One of your strengths continues to be tourism. After the epidemic, I hope tourism will generate endless waves of growth that will benefit everyone on the island,” she said.

She stated that trust between locals and their local government is really important.

With this crucial responsibility and the government’s ongoing initiatives, no Siquijodnon will be left behind, she stated. “Both the local administration and the people should trust each other and together create a better life on the island.

The province will keep expanding economically and remain a “top investment location” in the Visayas, according to Duterte.