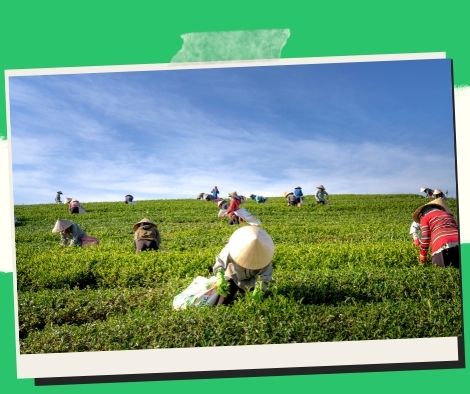 By the end of the year, the Registry System for Basic Sector in Agriculture (RSBSA) should have at least 3,438 agrarian reform beneficiaries (ARBs) identified, according to the Department of Agrarian Reform in Bicol (DAR-5).

In a phone conversation on Monday, Geri Buensalida, a DAR-5 information officer, stated that they are urging both members and non-members of agrarian reform beneficiaries organizations (ARBOs) to sign up for the RSBSA so they can readily access government support.

In order to expedite the registration of as many ARBs as possible, Buensalida said, “We are working it out to register all 3,438 ARBs. We are also calling individuals who are not members of ARBOs in their localities to cooperate with the municipal offices to know more about the registration.”

The RSBSA is a digital database that provides essential details for farmers, fishers, and agri-fishery workers and details on government initiatives and services for intended recipients.

It is a prerequisite for getting agri-fishery-related services from public and commercial organizations.

The DAR and the Department of Agriculture (DA) are strengthening their collaboration to register ARBs in the DA’s database system, according to a statement from Romulo A. Britanico, DAR assistant regional director for operations.

I will personally follow up with the provinces on this topic and hope our success with RSBSA registration will rise. “I appreciate the DA’s effort and detailed discussion on the RSBSA program,” Britanico stated.

The figure, according to Chief Agrarian Reform Program Officer Lerma Dino, is less than the 180,000 ARBs who are still eligible for RSBSA enrollment.

Dino requests that the RSBSA registration be pursued vigorously by the DAR officer in Bicol in the hopes that ARBs will be eligible for government interventions such as credit services.

She stated in a statement that enrolling the farmer-beneficiaries in the program will enable them to access government assistance, such as that offered by the Philippine Crop Insurance Corporation (PCIC) and the Rice Competitive Enhancement Fund (RCEF).

Buensalida, on the other hand, claimed that DAR trained eight ARBOs to work as underwriters for the agri-insurance program (AIP) by conducting a learning session with the PCIC on agri-insurance underwriting and claims procedures.

The official said they will serve as brokers to persuade other ARBs to get insurance protection to compensate for crop losses brought on by pest infestations, plant diseases, and natural calamities.

As of August 12, the Department of Education (DepEd) had […]