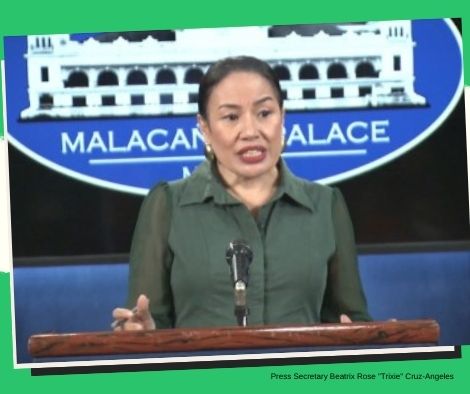 The country’s attempts to attain sustainability and food security were discussed on Monday by President Ferdinand “Bongbong” Marcos Jr. and members of his Cabinet, Malacanang said.

“We had a Cabinet meeting today, and the main topic we covered was food security. In a news conference at the palace, she stated, “We are identifying the problems that threaten our food security, and numerous agencies were there to report.

According to her, the administration wants to provide food security “in general,” but with a particular emphasis on the availability of rice, pork, fish, and vegetables.

The hurdles to efficient transportation, red tape, the permission system, and the crossing of boundaries between local government entities were all mentioned as potential policy review and legislation topics.

To balance imports with domestic production and solve the concerns of excess and insufficient production, she added, “We’re also looking at a review of policy and potential legislation.”

She continued that all departments will collaborate on the policy review, assessment review, and recommendations because there are quite a few overlaps.

Cruz-Angeles highlighted that acknowledging the issue is the first step in solving it and that she will make further announcements after specifics are finalized.

We’ll set these standards for either priority legislation or policies that don’t need legislation, and we’ll start working on those right away. She said the criteria just need to be worked out amongst the various agencies.

She reassured the populace that the DA has never been negligent in disseminating information concerning the nation’s agricultural sector.

Marcos issued a directive to increase the production of rice, corn, vegetables, pork, and chicken during his first month in office as president and secretary of agriculture.

Additionally, he demanded that the law governing rice tariffs and their impact on regional farmers be reviewed.

The agriculture industry, according to Marcos, would be one of the “primary catalysts” that would propel growth and employment in the nation.

With a projected budget of PHP184.1 billion for the DA, its affiliated businesses, and the Department of Agrarian Reform, the Marcos administration’s proposed 2023 national expenditure plan aims to boost the performance of the agriculture sector.

Before his three-day state visit to Indonesia from September 4 to 6, Marcos stated that the Philippines might use one of its unconventional sources of fertilizer supplies.

He said that Indonesia has also committed to supplying coal to the Philippines and assisting in developing the nation’s fisheries.

In the face of the Omicron menace, mobilize manpower resources: NTF

If more people are vaccinated, there is no need for a mandatory vaccination law.

Malacanang stated on Tuesday that if more individuals voluntarily get […]