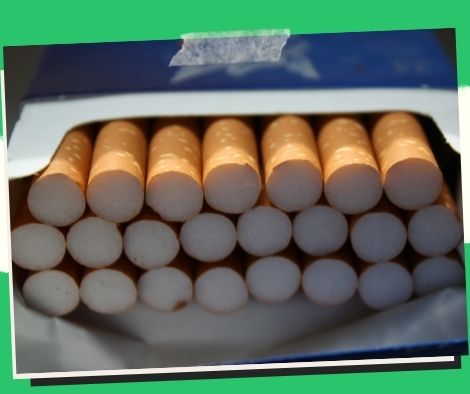 A resolution declaring the illegal sale of cigarettes as economic sabotage has been submitted to the House of Representatives.

House Bill 3917, which calls for more severe and severe consequences for cigarette smuggling, including making the illegal trade non-bailable, was introduced by the president’s son and senior Deputy Majority Leader Sandro Marcos and Rep. Margarita Nograles of the PBA party list.

The Anti-Agricultural Smuggling Act of 2016 is being amended by Republic Act 10845, which adds tobacco “both in its raw form or as finished goods” to the list of agricultural commodities.

According to the legislation, smuggling these agricultural products on a wide scale is considered economic sabotage, which is a serious crime.

The bill suggests that cigarette smugglers be sentenced to a minimum of 30 years in jail and a maximum of 40 years without the possibility of bail.

The violators must also pay the whole amount of unpaid tariffs and other taxes, as well as a fine equal to twice the value of the seized smuggled goods.

The lawmakers declared, “Imposing more severe sanctions and discouraging the entry and sale of illegal tobacco in the Philippines is urgently required to combat large-scale tobacco smuggling.”

The bill is in keeping with the declaration made by President Ferdinand Marcos Jr. during his first State of the Nation Address (SONA), in which he directed authorities to immediately stop the economic threat that smuggling poses within their areas of responsibility.

The senators claimed that the need to handle this issue immediately is a “rising menace” since cigarette smuggling costs the government between PHP30 billion and PHP60 billion annually in lost tax income.

“The national government risks losing even more money if entry and sale of illicit cigarettes are left unchecked. This will hurt attempts to recover from the pandemic, and the government must stop one of the worst tax leaks, “the legislators stated.

MANILA, Philippines – Chairperson of the Commission on Higher Education […]

Three departing Comelec executives have no replacements yet

The appointment of a new Commission on Elections (Comelec) chair […]