On Tuesday, the House of Representatives approved a resolution in the second reading that will push back the barangay and Sangguniang Kabataan elections (BSKE) from December 5, 2022, to December 4, 2023.

House Bill 4673, which seeks to allow the postponement of this year’s BSKE and transfer its date to the first Monday of December 2023, was passed viva voce by the house during the plenary session.

As a result of the act, the synchronized BSKE was slated to occur every three years starting on the first Monday of 2026.

The house is resolved to pass the bill by October 1 and has President Ferdinand “Bongbong” Marcos Jr. sign it into law before the scheduled BSKE on December 5, according to House Majority Leader Manuel Jose Dalipe.

As soon as the legislation is implemented, current barangay and SK officials will continue their roles as holdovers “until sooner removed or suspended for cause.”

Dalipe claimed Speaker Martin Romualdez was in favor of the proposal because it would give the Commission on Elections and the local government units more time to make necessary corrections to the honoraria paid to poll workers while also enabling them to better prepare for clean and orderly barangay elections.

Time is of the essence, so we must enact this bill as soon as possible. We hope this can be approved in the House on or before October 1 because the barangay and SK elections are only a few months away. Assuming the Senate follows suit, we should get a bill adopted in time for the President to sign it before the election, Dalipe said.

MANILA – The Supreme Court (SC) has affirmed the Court […] 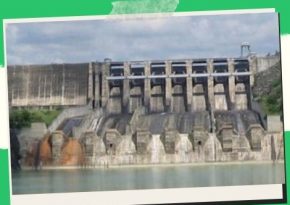