The head of DILG issues a shutdown warning for POGOs involved in crimes.

The head of DILG issues a shutdown warning for POGOs involved in crimes.

Benjamin “Benhur” Abalos Jr., secretary of the Department of the Interior and Local Government (DILG), stated that illegal Philippine Offshore Gaming Operators (POGO) would be closed down.

The PNP-Anti-Kidnapping Group (AKG) had just freed 42 Chinese nationals who had been held inside a POGO company during an operation in Angeles City, Pampanga when Abalos issued his warning.

According to the head of DILG, efforts are currently being made to develop a system of reporting requirements for these gaming operators in collaboration with the Chinese Embassy, the Philippine Amusement and Gaming Corporation (PAGCOR), some representatives of registered POGO industries, and others. PAGCOR is the organization in charge of overseeing the POGO market.

“This place must have a system. Remember that POGO is a franchise; you need working permission to do so (They are working here and have working permits). We only need to look at the immigration list provided by the POGO themselves, which is all that needs to be done. They must submit it to be filtered by the government; otherwise, it will remain unsubmitted (those employees who are not working there anymore, so we will be able to filter the names). At a news conference held at Camp Crame late on Wednesday afternoon, Abalos assured reporters that there was a mechanism for them to account for their personnel.

Suspect Chen Yi Bien, aka Ayi, 33, the human resources manager of Lucky South 99, was introduced by Abalos during the briefing.

The suspect is suspected of taking part in the abduction of 42 foreign nationals. The PNP-AKG is currently debriefing him.

“All I can say is that the PNP would take every action under PBBM’s leadership. Without a doubt, we’ll search for it. We will employ all of the government’s resources, so don’t be concerned. According to Abalos, you can already see the results of what we are doing, but what’s crucial is that we can distinguish between what is genuine and what is false while still getting results.

According to Abalos, the evidence gathered during the rescue operation will be examined to determine the management of POGO’s liability.

If the management truly has a hand in it and knows what is going on, we must look at the proof. The speaker continued that not only could this be closed, but there would also likely be more inmates.

“We are keeping track of the police officers fluent in Mandarin, Fookien, or both. We are seeking them because they could be able to aid in the investigation of these cases. Still, for the time being, we rely on Chinese interpreters that our friends from the Federation of Filipino Chinese Chambers of Commerce and Industry Inc. provide for us. As a result, they had significantly helped our AKG, and when they came to see us, they offered to help, Azurin added.

He also claimed that a help center had been set up in police stations, especially for regions with a high immigrant population.

“Chinese and Korean customer service desks in Hindi. Everything is being provided for us so our kapulisan can be more capable. In the event of a complaint, the local police stations will do their best to support any international complainants. In addition to the Chinese help desk, we also have Korean help desks. We’ll supply everything needed for rapid police action. They knew that someone would help the foreign complainants in our police stations with any complaint, he claimed. 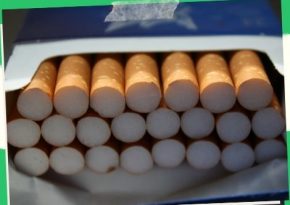 A resolution declaring the illegal sale of cigarettes as economic […]

On orders from Executive Secretary Victor Rodriguez, Bureau of Customs […]