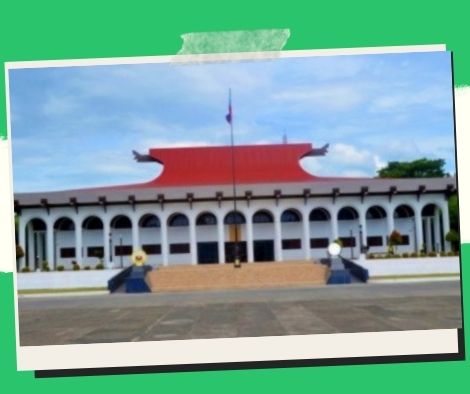 The military has been urged by President Ferdinand “Bongbong” Marcos Jr. to promote the peace process in Muslim Mindanao’s Bangsamoro Autonomous Region (BARMM).

In order to achieve “permanent peace and progress” in the Bangsamoro region, Marcos underlined the “change” in the mission and roles of the state troops during his Thursday visit to Camp Siongco in Datu Odin Sinsuat, Maguindanao.

“‘Yun ang role palagay ko is (I think the job of) the military is to support the peace,” Marcos stated in front of the 6th Infantry Division soldiers. “That is the peace process, that is what the peace process is now, and we need to continue to support.” “I bring this up to you to clarify that potentially both the political leadership’s and the military’s missions in this area will alter. And the reason for that is because I’m looking for a time of lasting peace and advancement.”

On the same day he attended the ceremonial beginning of the session of the Bangsamoro Transition Authority (BTA) Parliament in Cotabato City, the President paid a visit to the military camp in Maguindanao.

To maintain peace and progress in the BARMM, Marcos urged the army to support and aid the BTA.

The government military should try to bring peace to the Bangsamoro area by acting as “peacemakers,” he stated.

He announced as he urged the military to give the BTA time to adjust to their new position as the BARMM’s governing body.

“If we can accomplish that, we can provide help. They are still learning the ins and outs of running a government, even though we were fighting previously. We also need to offer them a chance to practice running a government. We ought to assist them, “said Marcos. “Tayo ay magtulungan at tulungan natin sila, para” (Let’s support one another), so that government operations in the BARMM become routine.

Despite his most recent order, Marcos told the soldiers not to let their guard down.

He said this while acknowledging the existence of extreme organizations “without ideology.”

“They don’t discuss ideology or religion. Just kidnapping, murder for pay, and gulo gumagawa are acceptable terms. ‘ They are merely there to cause havoc, kidnap people, and commit murder for hire, you see. The danger still exists. You also can’t let your guard down, Kaya’t. You must remain watchful and alert “said he.

Marcos advised the soldiers not to go to war until necessary.

Also, on Thursday, Marcos urged the BTA to approve urgent laws to stabilize the BARMM.

MANILA – The Commission on Elections (Comelec) will begin an […]

SC will be closed on the 23rd, 24th, and 31st of December for disinfection and inventory.

The Supreme Court (SC) stated on Monday that work in […]

The next administration will be led by a 20-year housing plan.

MANILA, Philippines — A transition committee will work with the […]