PBBM wants all incomplete bridges finished as soon as possible.

PBBM wants all incomplete bridges finished as soon as possible.

According to DPWH on Friday, President Ferdinand “Bongbong Marcos Jr. wants all bridges that are now under construction to be finished as soon as feasible.

One of the directives from the President, according to Bonoan, was to finish all starting bridges “as soon as possible because we genuinely appreciate the importance of the bridges that would cross the key rivers, providing an effective transport network.”

To support the administration’s ongoing push for infrastructure development for an “efficient transport and logistics system for products and services,” the bridge program is a component of the PBBM’s “Build Better More Program.”

The 3.77-kilometer Panguil Bay Bridge, which would link Tubod town in Lanao del Norte with Tangub City in Misamis Occidental, is among those scheduled for completion.

The bridge, which is currently close to 60% complete, will reduce the two and a half hours it currently takes to get from Tangub City to Tubod to only seven minutes.

The project will be finished by December 2023, according to Bonoan, and President Marcos has promised to attend the bridge’s inauguration.

“I will personally inform the President about this proposal, and I will undoubtedly make a case for him to visit the location. According to Bonoan, this will be the President’s likely first major project to be launched.

The 548-meter Las Nieves Bridge in Agusan del Norte, which would link residents of 11 communities on the other side of the Agusan River to the town center, is another bridge whose completion is anticipated. It will cost PHP1.5 billion.

“I can guarantee that we will care for the needs (of the bridge). Allocations will be reviewed, according to Bonoan.

Additionally, Bonoan guaranteed that flood control projects would be prioritized under the Marcos government.

Flood prevention is a priority area for the PHP168.9 billion National Expenditure Program for 2023.

According to Bonoan, the DPWH has already finished part of the master plans to “especially address” significant flooding in the 18 major river basins of the nation.

“Some are being carried out using local funds and official development aid. These are, in my opinion, some of the expensive flood control projects. However, we are attempting to address the flooding issues in particular municipalities and cities,” he stated.

The “outdated and obsolete drainage systems” are one of the main issues the DPWH has with flood control.

“One of the things we have discovered is that because of urban expansion and population growth, most big cities, including Metro Manila for that matter, no longer can absorb runoff water because everything is being paved. So, a drainage system must be used to handle water runoff. As a result, he said it can no longer transport runoff water for discharge into the major rivers.

However, Bonoan reassured that the DPWH would keep looking for particular measures to deal with recurring flooding. 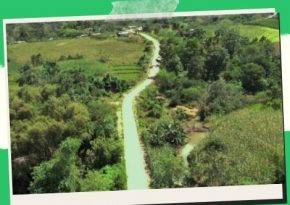 In 2021, key infrastructure projects will be completed or improved: DPWH

Palace: Marcos has not yet appointed the BI commissioner

The new director of the Bureau of Immigration (BI) has […] 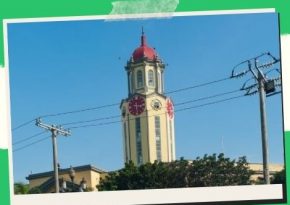 MANILA – Honey Lacuna-Pangan, the incumbent vice mayor of the […]