On the official Facebook page of government-run Radio Television Malacanang, a brief video of Marcos’ separate meetings with the executives of NUscale Power, WasteFuel, and Boeing was posted (RTVM).

President Ferdinand R. Marcos Jr. attends a series of talks with American private corporations in New York, United States of America (USA), on September 19, 2022, before his activities formally begin at the United Nations (UN) Headquarters, the RTVM stated in a Facebook post.

The RTVM claimed that Marcos initially met with the senior executives of NuScale Power, an American energy company that provides cutting-edge nuclear technology.

According to their website, www.nuscalepower.com, NuScale was established in 2007 to provide scalable sophisticated nuclear technology for the generation of energy, heat, and clean water to enhance people’s quality of life worldwide.

Marcos spoke with WasteFuel, a California-based business that uses tried-and-true methods to manufacture renewable fuels after he met with NuScale.

In the Philippines, WasteFuel is collaborating with infrastructure developer Prime Infrastructure and airline NetJets on its first initiative for aviation fuel.

According to the RTVM, Marcos also met with senior executives of Boeing, a well-known international aerospace corporation.

Boeing has been the top producer of commercial jetliners for many years due to its status as a top US exporter and its long history of innovation and leadership in the aerospace industry.

Over 10,000 commercial aircraft made by Boeing are now in use across the globe.

Additional information regarding Marcos’ talks with the three American businesses has not yet been made public by Malacanang.

Also, on Tuesday (Manila time), Marcos urged US companies to invest in the Philippines at the New York Stock Exchange Forum, assuring them of the country’s strong and resilient economy.

According to Marcos, doing business in the Philippines offers the chance for investors to benefit from a thriving economy.

As part of his working travel to the US, Marcos is anticipated to have more conversations with American investors.

He will also participate in roundtable discussions to promote the nation as an important and developing economic powerhouse and Asian investment hub. 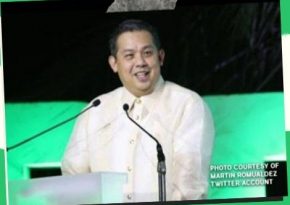