DENR is exploring mining’s potential as an economic engine. 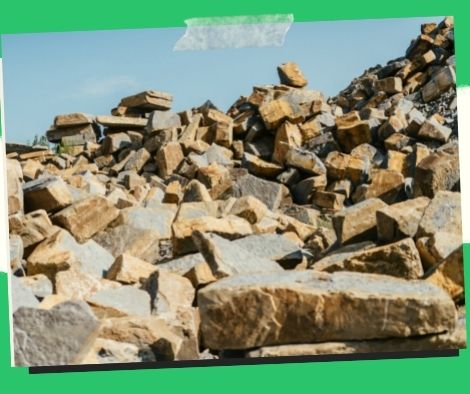 DENR is exploring mining’s potential as an economic engine.

By the instruction of President Ferdinand Marcos Jr., the Department of Environment and Natural Resources (DENR) is considering the mining industry as one of the sources of the nation’s economic recovery.

Secretary Toni Loyzaga stated that DENR is collaborating with the Department of Finance and other government agencies to identify various financial aspects of mining operations in the nation during a budget hearing of the Senate Committee on Finance on Tuesday.

She informed the committee, “We’re also looking at building up the ability of DENR to carry out its obligation on performing the assessments of applications, observing and monitoring the mining activities, and studying the impact on communities and ecosystems.

According to Loyzaga, the frequent policy changes and the requirement to develop local processing of unprocessed mining products are the main worries of mining companies and investors.

“Raw ore is what we’re exporting right now, Karamihan,” So, the majority of what we export at the moment is raw ore. So that we can genuinely capture the full value of what we can export, we need to invest in value-added processing, according to Loyzaga.

In a previous statement, Finance Secretary Benjamin Diokno said, “The mining industry holds the greatest potential to be a key driver in our economic recovery and long-term growth, especially now that world metal prices are high.” However, he cautioned that the government expects the mining industry to follow ethical and sustainable practices.

As part of the Department of Trade and Industry’s “Make It Happen in the Philippines” investment drive, the nation has been urging American investors to invest in green metals, including nickel, cobalt, and copper.

9.8 million of the approximately 30 million hectares of land are recognized by the DENR as having high mining potential, according to Senator Cynthia Villar

Villar claimed that since agriculture is not feasible, these places can be investigated for mining.

Because there are no metals in the halaman when there is agriculture, it is not possible for us to make any progress in that area (We cannot use that for agriculture because plants will not grow if there are metals underneath). That is what I took it to mean. “So, you can mine it, and afterward, it should be repaired by the mining firm to become an agricultural field,” the senator stated.

She refuted the notion that mining is harmful to the environment if it is permitted.

“Depends, since ‘yung mga lawful miner, alright sila. The environmental destruction committed by some people varies since legal miners operate safely. The illicit miners are the ones who harm the environment. Villar says, “We should not allow the illegal miners and instead support the real miners.

According to local chief executives in the areas she visited, the majority of small-scale miners merely serve as a cover for illegal miners, the lawmaker revealed.

According to Senator Robinhood Padilla, it’s time to examine the Philippine Mining Act of 1995.

According to Section 108, “any person who willfully violates or grossly neglects to comply with the terms and conditions of the environmental compliance certificate issued to said person and which causes environmental damage through pollution shall suffer the penalty of imprisonment for a term not exceeding six months nor exceeding six years, or a fine not exceeding fifty thousand pesos (PHP50,000) nor exceeding two hundred thousand pesos (PHP200,000), or both, at the discretion of the court.”

According to DENR, the Philippines is expected to have gold reserves worth PHP1.4 trillion and non-metallic deposits at PHP7 trillion.

The DENR proposed PHP23.41 billion for its budget under the National Expenditure Program for the upcoming year, which is PHP2.4 billion or 9.4% less than its PHP25.45 billion budget for 2022.

For the immediate advantage of single parents, DSWD expedites IRR.

Cebuano English Filipino Erwin Tulfo, secretary of the Department of […] 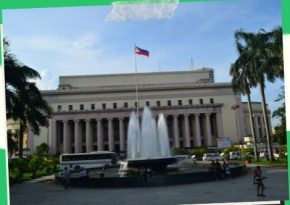