The head of the Philippine National Police (PNP), Gen. Rodolfo Azurin Jr., declared on Wednesday that despite a drop in non-index crimes, the police force’s anti-crime campaign would not cease.

In the three months from July to October 8 of this year, non-index crime volume decreased by 3.88 percent, according to data from the PNP’s Crime Research Analysis Center.

The largest decrease in non-index crime events was recorded in Mindanao at 10.79 percent, while Luzon had a 3.53 percent decrease.

According to the same data, there was a 10.27 percent and 15.73 percent increase in criminal incidences in Luzon and Visayas, respectively, totaling 5,988 and 2,817 incidents. Additionally, Mindanao saw a decline of 4.09 percent.

The PNP claimed that most crime occurrences were caused by theft, robberies, and motor theft.

It was ascribed to the decline seen in Mindanao and Luzon. The Visayas area, on the other hand, reported a growth of 5.02 percent.

These figures will nevertheless serve as a reference for our daily activities. Despite the numerous obstacles in our path, the PNP is dedicated to establishing enduring peace. We’ll work to make the good things in life happen. According to Azurin’s statement, the general public deserves to live in a peaceful and secure environment.

Azurin advised police personnel and units to exert more effort and equip each station and unit with the necessary resources to respond to crime reports immediately.

Meanwhile, according to Interior Secretary Benjamin Abalos Jr., around PHP9 billion worth of shabu has been recovered by law enforcement agencies since the commencement of President Ferdinand Marcos Jr.

Regarding the state of the war on drugs under the current administration, Abalos said, “The intensity is there.

On June 30, Marcos took over as president in place of Rodrigo Duterte.

More than 6,000 drug dealers were killed under the Duterte presidency, and an estimated PHP90 billion worth of illegal drugs were recovered.

Since July 1 of the Marcos administration, the amount of illegal drugs and methamphetamine seized has reached around PHP9 billion, according to Abalos.

The highest drug haul under the Marcos administration was 990.1 kilograms of shabu, valued at PHP6.7 billion, found on October 8 in Manila during a drug operation.

“By the oath, we have taken based on the Constitution, we will act with the same vigor as the prior government. The intensity will remain the same, added Abalos.

Abalos stated that the government would ensure that people accused of drug charges are found guilty while upholding the ferocity of the drug fight.

He added that the government is stepping up its efforts to lower drug demand through rehabilitating drug users.

“If there are some bad police, there must also be some bad financials…

The goal should increase people’s trust in the political process and government institutions. That is crucial, he declared.

He declared that to stop narcotics smuggling into the nation, the DILG, the PNP, and the Philippine Coast Guard will collaborate closely. 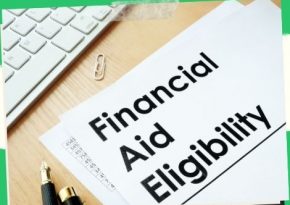 Cebuano English Filipino The provincial government of Negros Occidental has […]

Cebuano English Filipino The full reopening of the education sector, […] 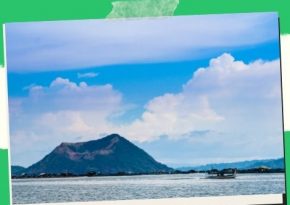