The Barangay and Sangguniang Kabataan (BSKE) calendar of events has been reset to October 30, 2023, and will soon be made public by the Commission on Elections (Comelec).

Accordingly, “the Commission en banc will meet and deliberate to revise the Calendar of Activities for the October 30, 2023 BSKE, postponing and rescheduling to a later date in 2023 the following pertinent activities: Election Period, Period for the Gun Ban and Other Prohibited Acts (November 6 to December 20, 2022), and the Period of Filing of Certificates of Candidacy (October 22 to 29, 2022).”

The change was made as a result of President Ferdinand Marcos Jr. signing Republic Act 11935, which moved the elections that were previously set for December 5 this year to the last Monday in October 2023.

According to the law, the Barangay and SK Officials’ three-year terms of office will start at noon on November 30, 2023.

Accordingly, all current barangay and SK officials, including those in their ex officio responsibilities, must stay in office until their replacements shall have been legally elected and qualified, unless sooner removed or suspended for cause.

As Chairman George Erwin Garcia has often stated and promised, the public may be guaranteed that the election materials and paraphernalia won’t be wasted. The poll body official continued will keep these in the Commission’s warehouses under tight security, ready for use on the October 30, 2023 BSKE. “These include all the printed official ballots and other accountable and non-accountable forms procured through competitive public bidding and other procurement modalities under R.A. No. 9184.

On the other side, Laudiangco stated that the National Printing Office will temporarily halt its ballot printing operations to change the ballot face templates so that the next batch of official ballots will reflect the BSKE’s October 30, 2023, date.

Considering these developments, he continued, “the Comelec aims to resume the Continuing System of Voter Registration in the last week of November or the first week of December 2022, following the necessary preparations and training thereto.

The voting body began producing the ballots at the beginning of this month. 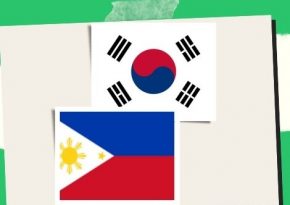 Despite territorial disputes, PH and China are friends: Lorenzana

Cebuano English Filipino Despite their differing views on territorial concerns, […]