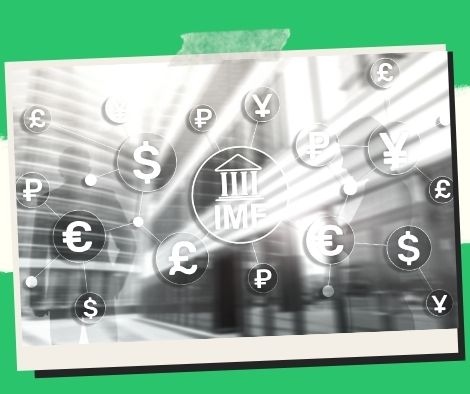 According to the most recent World Economic Outlook (WEO) report, the International Monetary Fund (IMF) predicted on Tuesday that the global economy will grow by 3.2 percent this year and 2.7 percent in 2023, with a negative revision of 0.2 percentage points for 2023 from the July prediction.

According to the report, the world economy is facing “several turbulent challenges,” including inflation that is higher than it has been in several decades, tightening financial conditions across the board, the Russia-Ukraine conflict, and the lingering coronavirus disease 2019 (Covid-19) pandemic.

According to the research, “this is the lowest growth profile since 2001 and includes major slowdowns for the largest economies, except the global financial crisis and the severe period of the Covid-19 pandemic.”

More than one-third of all economies, or roughly 43 percent, are expected to experience a real gross domestic product (GDP) decline for at least two consecutive quarters during 2022–2023 (a period known as a “technical recession” by some economists).

The most recent WEO report noted that risks to the outlook remain unusually high and to the downside. It also noted that monetary policy might not take the proper course to reduce inflation, additional energy and food price shocks may prolong the duration of inflation, and a tightening of global financial conditions may result in widespread debt distress in emerging markets.

According to the analysis, there is a 25% probability that the global growth rate one year from now will be less than 2.0 percent, placing it in the bottom 10% of global growth outturns since 1970.

IMF Chief Economist Pierre-Olivier Gourinchas stated at a news conference on Tuesday at the IMF and World Bank 2022 Annual Meetings that “the danger of monetary, fiscal, or financial policy miscalibration has dramatically increased at a period of high uncertainty and mounting fragilities.”

Should financial market turmoil break out, “global financial conditions could worsen, and the dollar strengthens further,” said Gourinchas, noting that this would significantly increase inflation pressures and financial fragilities in the rest of the world, especially emerging markets and developing economies.

According to him, inflation may be more enduring this time, particularly if the labor market remains incredibly tight.

The Ukraine war is still ongoing, and he noted that a further escalation might worsen the energy issue.

According to the IMF, vigorous and front-loaded monetary tightening is “essential” to prevent inflation from de-anchoring.

“If central banks continue to underestimate inflation’s tenacious persistence, their hard-won credibility could be jeopardized. The impact on long-term macroeconomic stability would be significantly greater as a result “Gourinchas urged central banks to maintain a steady hand while keeping monetary policy squarely aimed at controlling inflation.

According to him, fiscal policy and the efforts of the monetary authority to reduce inflation should not conflict.

As recent events demonstrated, doing so “would simply prolong inflation and may result in catastrophic financial instability.”

The IMF also emphasized in its most recent report how the energy and food shortages and the scorching summer weather serve as “stark” reminders of what an unchecked climate change might look like.

Gourinchas noted that climate transition is a “gradual” process but that if it is initiated early, the benefits will be considerably greater.

“So, certainly, we are currently dealing with an energy crisis. Yes, many nations are finding themselves in a scenario where they must have more energy to provide electricity during the winter, etc. But we also cannot disregard the course we ought to take regarding the climate transition, “he added.

More than 10,000 new Omicron cases have been confirmed in the United Kingdom.

Cebuano English Filipino As authorities and other stakeholders continue to […]

Cebuano English Filipino Despite a drop in livestock in the […]