Comelec cuts its budget for 2023 by more than half.

Comelec cuts its budget for 2023 by more than half.

The Commission on Elections (Comelec) complied with the request to cut costs wherever possible by lowering its proposed budget for 2023 from PHP10 billion to PHP4 billion.

The budget does not account for the increased honoraria paid to poll workers.

The Comelec Chair, George Garcia, said in an interview after the budget hearing was adjourned, “The Comelec knows our current problem with money. Because of that, we join [the government] in saving. If saving money is necessary and we can find a way to do it, the Comelec will do it.

Some of the documents requested by the senators were unavailable at Comelec, but Garcia promised to transmit them within the day.

Even though the Senate is now on vacation, budget hearings are still being held.

For the Barangay and Sangguniang Kabataan Elections (BSKE), which have been moved from December 5 to October of the following year, the Comelec was expected to spend PHP8.5 billion.

According to Garcia, there are 91 million BSKE voters in the nation, 25 million of whom are solely SK voters.

The polling organization predicts that by the end of the year, there will be 5 to 7 million more voters, 30,000 more precincts than there are now (199,000), and 100,000 more election workers because registration will be renewed from November to May 2023.

“The more, the better,” Garcia said. “But for now, we can only estimate. By May 2023, however, we can find out how much will be spent and, therefore, ‘yan ay mako-cover ng (the actual numbers and how much we will spend. Perhaps, what we are asking for is smaller and can, therefore, be covered by the) supplemental budget.”

The resumption of voter registration has been delayed until Dec. 12 by the Comelec

Cebuano English Filipino The return of the voter registration period […] 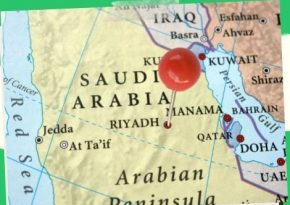 POLO-on-wheels is set to make its debut in a Saudi Arabian city.

Cebuano English Filipino If the booster vaccination effort is effective, […]