There Are No Boundaries To An Adventure Sailing Vacation 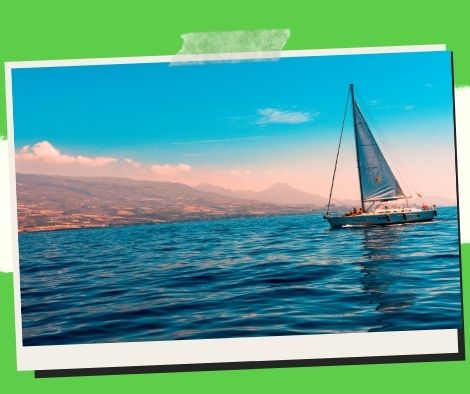 There Are No Boundaries To An Adventure Sailing Vacation

When even the physically impaired can accomplish such a feat, adventure sailing vacations have no bounds. As long as there are charities and clubs that allow people of varying abilities to work side by side with a capable crew on an equal footing, this will be the case.

Currently, such parties can plan a sailing vacation lasting anything from four days to four weeks. Ships can be chartered to travel from one part of the United States to another. Charters from across the Atlantic may choose to cruise south or west to enjoy the Caribbean’s balmy waters.

These cruises are offered by tour companies that are suited for both beginners and veterans. First-timers will learn the fundamentals and will receive a certificate at the end of the course. They’ll have to go out and see people on a regular basis to gain additional experience. Those who don’t have the time can take an online course, which, while not a replacement for certification, is a useful tool in preparing for further sailing study.

You don’t have to work if you’re just doing it for fun and to spend time with your pals. You may just sit back, relax, and enjoy the ocean cruise because charters already assign a competent crew.

The ship will dock in various places along the journey. This permits people to travel inland and stay onshore for a while. They can even sleep there or return to the ship at night to admire the harbor and the stars before setting sail for their next destination.

The crew may see dolphins, seals, and whales swimming alongside the ship while at sea. Cormorants, guillemots, kittiwakes, puffins, shags, skuas, and razorbills, among other wildlife, will most likely be encountered as they move closer to land.

Good quality fresh food is included in the package, so you won’t need to bring anything with you when you board. The cooking will be done by the crews, but if you want to get involved, you can help out.

Companies make it a point that meeting sites are easily accessible by plane and at low prices to make such excursions accessible to both physically disabled and non-physically challenged people. Reservations can be made through your travel agent or on the internet. You can browse over their year’s schedule to see where the ship will be on a specific date.

Disabled sailing clubs are also available. Some will charge you a membership fee, while others will give it to you for free.

The ability to compete against others with similar disabilities is perhaps the greatest achievement for those who are disabled. The US Disabling Team, which was founded in 1998, competes in a variety of events each year, the most important of which is the 2008 Paralympic Games, which will be held in Qingdao, China, roughly 430 miles east of the capital.

Whether it’s just for pleasure or to compete for a grand prize, adventure sailing vacations are open to everyone, even people with physical impairments. This is due to the fact that they can be educated to operate the ship just as well as an able-bodied person, allowing them to set sail and return to port.