The Department of Labor and Employment has given approximately PHP1.7 million in livelihood support to at least 99 impoverished informal laborers from two municipalities in Sarangani province (DOLE).

DOLE Region 12 Director Raymundo Agravante said the funds were distributed in a series of engagements over the past two weeks in collaboration with the local governments of Alabel and Maasim.

Former New People’s Army (NPA) rebels, parents of child laborers, former foreign workers, and disadvantaged employees in the informal sector, he claimed, were among the beneficiaries.

Carpentry, painting services, vulcanizing, tailoring, and vegetable gardening were among the authorized projects or endeavors, according to Agravante.

He said the DOLE Integrated Livelihood Program (DILP) grant coverage was primarily sought by the local administration and concerned stakeholders to help the rebel returns in the region.

“This is the result of inter-agency cooperation under the effort to stop local communist armed conflict,” he said in a statement, referring to President Rodrigo Duterte’s Executive Order No. 70, which calls for a “whole-of-nation approach” to combat the insurgency.

Former NPA member Rufinio Diamante praised the organization for assisting them and allowing them to restore their lives.

He remarked in Filipino, “These are things that we longed for when we were still in the mountains.”

According to Agravante, 43 unemployed people in Maasim got livelihood starting kits valued PHP725,530.

Women workers, ambulant sellers, skilled workers, transport employees, and former overseas Filipino workers were among those who benefited from the DILP, he added.

The starting kits, according to Agravante, are for small business ventures such as dressmaking, welding, barbeque and food selling, a tiny restaurant, and transportation.

DILP is a DOLE flagship program that aims to help the working poor, disadvantaged, and marginalized employees decrease their susceptibility to hazards by providing emergency employment, promoting entrepreneurship, and establishing community businesses. 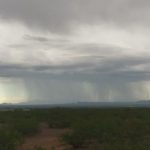