FIRB has authorized the provision of tax breaks for a mass housing project, two cement production facilities, and a cement distribution center, all of which are situated outside of Metro Manila and are valued at a total of PHP29.4 billion when added together.

For the Iloilo housing project, the FIRB authorized the award of a four-year income tax holiday (ITH) as well as duty exemptions on importations of capital equipment and raw materials by the government of the Philippines.

On behalf of the Secretary for Socioeconomic Planning, Karl Kenrick Chua, said that new technology in cement manufacture is critical to lowering costs and increasing the competitiveness of local production, which was echoed by the Board of Directors when it authorized these two projects.

Ramon Lopez, the Secretary of Trade and Industry, said that the provision of tax breaks to the Iloilo project encourages the private sector to assist the government in filling the shortfall in the supply of cheap or low-cost housing for Filipinos.

FIRB Secretary Juvy Danofrata said the Iloilo project covers over 3,000 units classified as “economic” and “low-cost” housing and is intended to address 1 percent of the housing backlog in Western Visayas, according to data from the Philippine Statistics Authority. Danofrata is also the Finance Assistant Secretary (PSA).

According to Danofrata, who cited estimates from the Board of Investments (BOI), the proposed cement manufacturing plant in Pampanga is expected to save the country PHP866 million in annual import expenses because it will help fill the cement needs of the infrastructure sector by producing this material locally using new cost-effective technologies, thereby saving the country PHP866 million.

In addition to the locally sourced capital equipment and raw materials, Danofrata pointed out that the anticipated net benefits of the investment would be fueled by income taxes that the government could possibly receive as a result of the estimated employment creation as a result of the project.

The Pampanga project is expected to increase the proponent’s existing production line of 687,473 metric tons (MT) of cement per year by an additional 898,560 MT. The two-phase Batangas project, on the other hand, would incur higher project costs because it would begin with the production of clinkers, which are the most expensive aspect of cement manufacturing, according to Trade Undersecretary and BOI Managing Director Josefina A. Aquino.

Danofrata said that the project’s two stages would be capable of generating a combined total of 2.5 million metric tons of cement per year, citing estimates from the Bureau of Indian Industry.

Likewise, Rodolfo stated that the approval of the cement manufacturing projects will help “reduce the country’s reliance on imports, increase our local capacity, and promote competitiveness in the industry.” Lopez stated that the projects will help mitigate against supply disruptions of cement in the international market and modernize the country’s industrial capacity, considering that most cement plants currently in operation were built more than a century ago. 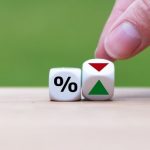