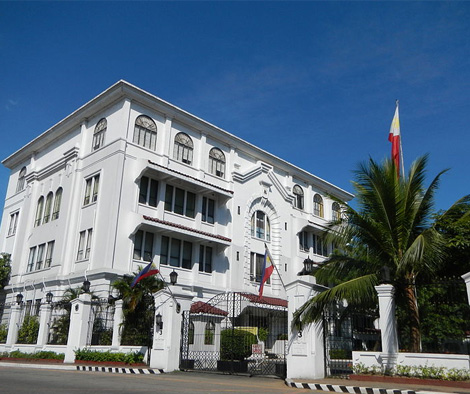 Secretary of the Presidential Communications Operations Office (PCOO) Martin Andanar informed the public that the national government would provide additional assistance to families and companies impacted by the epidemic.

“As we have simplified the request for help requested by local government units for their constituents,” he stated in a press release on Sunday, “there will be more support going into Siargao and other places afflicted by the pandemic.”

National government agencies have begun to respond to the mandate of accelerating and harmonizing operations on the delivery of sustainable assistance to areas and communities affected by calamities and emergencies, including the pandemic, weeks after President Rodrigo Duterte signed Executive Order No. 137.

From June 9 to 10, the Aid and Humanitarian Operations Nationwide (AHON) Convergence Program was established in the municipalities of San Benito, Santa Monica, Burgos, and General Luna to assist families whose livelihood or source of income had been impacted by the Covid-19 outbreak.

Andanar said that the economy of Siargao, a tourism-dependent island, was one of the communities most impacted by the epidemic, which is why it was selected as the convergence policy’s pilot region.

Change for the better

He also said that the government’s action demonstrates that President Rodrigo Duterte keeps his promises to the Filipino people.

“Action is more powerful than words. This is one of President Duterte’s administration’s mottos. That is why, from the time he took office in 2016 till today, there has been a significant shift. He said, “We had ‘Build, Build, Build’ initiatives here, and now we have the AHON Convergence Program.”

The Department of Social Welfare and Development, as vice chair of the AHON committee, delivered help to 526 individuals from the four municipalities via the Livelihood Assistance Grant (LAG) and Assistance to Individuals in Crisis Situation (AICS). Beneficiaries may get up to PHP15,000 in help via this program.

The government’s recovery and rehabilitation programs, LAG and AICS, are designed to assist families during the community quarantine.

During the launching at General Luna on June 11, Vilma Tejada, a local businesswoman, was one of the beneficiaries of support. Given the low number of visitors visiting the island during the epidemic, her shop was one of the businesses that was disrupted.

Thank you for your help.

“As a recipient of the aid, I am thankful since it came when I did not anticipate it. “This is really a gift for me and my family,” she expressed gratitude.

Tejada was awarded a grant of PHP15,000, which she would use to expand her company operations.

In Santa Monica, the same aid award was granted to 148 people.

Jocelyn Escobal, the owner of a sari-sari shop in Santa Monica, was also awarded PHP15,000, which she claims would be sufficient for her family’s company. When she expressed her thanks to President Duterte and Senator Bong Go, she was overcome with emotion.

“This is a huge benefit to me as a single mom. On behalf of the rest of the Santa Monica recipients, I can assure you that we will work hard and put this government support to good use for the benefit of our families. “Thank you very much to everyone, particularly the President,” she expressed her gratitude.

“I owe Sen. Bong Go a debt of gratitude as well. All of our expenditures for my husband’s hospitalization were covered by the Malasakit Center. She went on to say, “I paid nothing for it.”