Restrictions in other locations are also in place. restore jobs at a slower pace 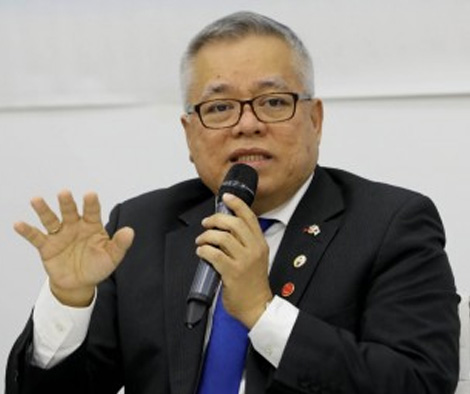 Restrictions in other locations are also in place. restore jobs at a slower pace

Despite the reopening of sectors, Department of Trade and Industry (DTI) Secretary Ramon Lopez estimates that 400,000 to 500,000 jobs have been lost in the labor market.

In an interview with Radyo Pilipinas on Tuesday, Lopez noted that constraints in other regions of the nation have countered the rise in business operating capacity, notably in the National Capital Region (NCR) Plus, which includes Metro Manila and Bulacan.

Despite being under a general community quarantine (GCQ) from June 16 to 30, Lopez noted that several sectors in Cavite, Laguna, and Rizal had their working capacity reduced because to the high number of coronavirus disease 2019 (Covid-19) cases in the region.

On the other hand, owing to reduced daily cases and easier usage of hospital facilities, the Inter-Agency Task Force for the Management of Emerging Infectious Diseases (IATF) has enhanced operational capacity for several sectors in Metro Manila and Bulacan, he added.

For example, dine-in capacity in Metro Manila and Bulacan restaurants was increased from 30% to 40%, while it was reduced from 30% to 20% in Cavite, Laguna, and Rizal eateries.

While Metro Manila and Bulacan maintain a 30% quota for MICE venues and facilities and a 10% capacity for social gatherings, the provinces of Cavite, Laguna, and Rizal will restrict these events from June 16 to 30.

“There are certain places where we eased, but there are others where we restricted,” he said in Filipino.

However, many of the 1.5 million jobs lost under the enhanced community quarantine in the NCR Plus have since been reintroduced into the labor market, according to the DTI head.

“The next phase here is merely to keep reopening sectors,” Lopez added, “but that will only happen if the instances continue to drop.”

He claims that the immunization program’s ongoing and rapid expansion would boost the country’s economic recovery.