Fiscal flexibility enables PH to implement economic measures, according to an IMF executive 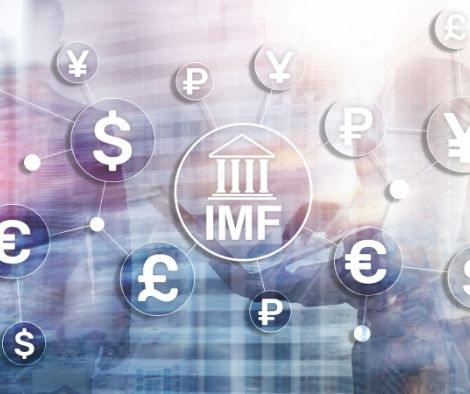 Fiscal flexibility enables PH to implement economic measures, according to an IMF executive

According to an International Monetary Fund (IMF) official, the Philippine government’s budgetary headroom allows it to invest on extra stimulus to further mitigate the pandemic’s effect on vulnerable sectors.

While the government has implemented a comprehensive policy support package to address the pandemic’s impact on the economy and vulnerable sectors, Mission chief Thomas Helbling said that “more resources may be needed,” especially for vulnerable families and businesses, in a virtual briefing for the release of the lender’s 2021 Article IV Consultation on Wednesday.

“If negative threats materialize, (the Philippines) has some budgetary room to respond,” he added.

Helbling highlighted some of the growth’s negative concerns, such as supply limitations and delays in vaccines against the coronavirus disease 2019 (Covid-19), which may result in another surge in cases and amplify the impact of external shocks like interest rate hikes and inflation.

Helbling said they took notice of the modest recovery of the Philippine economy and anticipate a greater bounce beginning in the second half of this year after meeting with economic managers, Bangko Sentral ng Pilipinas (BSP) officials, and representatives from the private sector from May 21 to June 11.

“The reason for this is because we anticipate a bit of a slowdown in the recovery in the first half of 2021 before it picks up in the second half of this year,” Helbling said, noting a rise in Covid-19 cases in March as a cause in the slower economic recovery earlier in the year.

Gross domestic product (GDP) growth slowed to 4.2 percent in the first three months of this year, compared to a contraction of -8.3 percent in the preceding quarter.

Additional financial assistance, according to Helbling, should be focused on strengthening the healthcare system, financing immunization campaigns, continuing to help impacted families and businesses, and financing the infrastructure projects.

He described the fiscal package for this year as “reasonable” and “very stimulative.”

Strong monetary policy, according to Helbling, is also anticipated to boost growth and investor confidence.

He believes the BSP’s accommodating policy should be maintained, noting that it is still acceptable in light of present inflationary pressures, which are expected to subside in the second half of the year.

He said that the goal of monetary policy is to keep interest rates low for families, businesses, and debt servicing.

The overnight reverse repurchase (RRP) facility of the central bank has a rate of 2%, which is a new low.

“These changes will assist the Philippines in regaining its footing and positioning the nation for a more egalitarian and environmentally friendly future,” he said.