The registration was held inside the Moalboal Municipal Hall to accommodate prepaid users of the three telecommunication networks who want to register their SIM cards but live in outlying locations, according to Felipe Gumalo, NTC-Central Visayas OIC regional director.

“Along with 15 other locations countrywide, the town of Moalboal in Region 7 was selected as the trial region for the deployment of the SIM registration campaign. According to Gumalo, the NTC is conducting simultaneous registration in five separate pilot regions each day in order to finish the 15 sites in three days.

Following Malboal, according to Gumalo, NTC and telecom personnel will travel to Oslob, another popular tourist destination in southern Cebu, Daanbantayan, the province’s northernmost town, Bantayan, an island town, and the Camotes series of islands.

He explained that off-site registration helps subscribers who reside in geographically isolated and disadvantaged areas (GIDA), particularly those who are still using analog phones that are unable to access to the internet and those who are not particularly “techie.”

A few communities in Negros Oriental, Bohol, and Siquijor will also be visited by the NTC, he added, before the registration deadline of April 26.

Subscribers were helped by representatives from Globe, Dito, and Smart while enrolling their SIM cards.

An announcement on the Central Visayas social media website of the Philippine Information Agency states that the Moalboal municipal building’s booth will serve locals and visitors to the region.

The announcement stated, “We are inviting the citizens of Moalboal, especially those utilizing keypad phones and SIM-card-based Wi-Fi routers, to take advantage of the free service.”

There is no restriction on how many SIM cards can be registered under a subscriber’s name, but minors are recommended to register under their parent’s names.

Additionally, subscribers are recommended to carry any appropriate identification.

En banc approval is required to place a region under Comelec control: exec

992K visitors arrive in Aurora throughout the course of 10 months.

Cebuano English Filipino In just 10 months, this province has […] 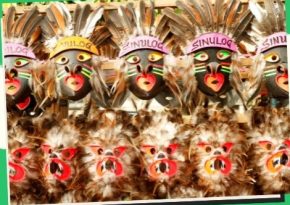 Before Sinulog, unvaccinated Cebuanos are recommended to receive shots.

Cebuano English Filipino Before the January celebration of Sinulog, the […]

Covid-19 cases are on the rise in Baguio and Apayao, according to the Department of Health.