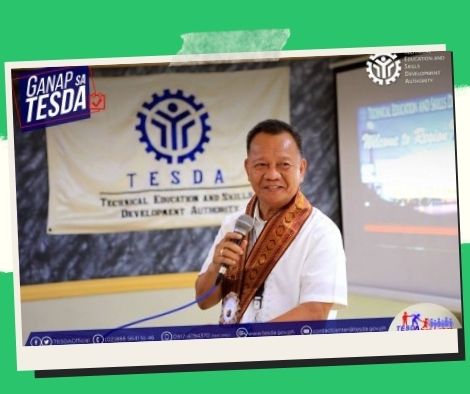 Secretary Isidro Lapeña, Director General of the Technical Education and Skills Development Authority (TESDA), stated on Thursday that the organization has been addressing the country’s job-skills mismatch.

This comes after Senator Sherwin Gatchalian called on TESDA to address the high rates of job-skills mismatch among TVET graduates.

When approached for response by the Philippine News Agency, Lapeña responded, “The TESDA management admits the prevalence of jobs-skills mismatch among TVET graduates, even if the mismatch is not unique to this class of graduates, more so to the Philippines.”

According to Lapeña, a global study conducted by the McKenzie Group concluded that the jobs-skills mismatch is “universal” and impacts both developed and developing countries.

According to the United Nations Educational, Scientific and Cultural Organizations-International Center for Technical and Vocational Education and Training (UNESCO-UNEVOC), there is a “horizontal” jobs-skills mismatch when the type of skills is not suitable for the current job, “vertical” when the level of skills is higher or lower than the level of skills required for a specific job, and “geographical” when workers with skills are based in a location other than the current job.

“There is no denying that there is significant work to be done in the future years to reduce the job mismatch rate. That is why TESDA has been correcting these types of mismatches on a regular basis “Lapeña stated.

TESDA has released Circular 042 s. 2021, “Implementing Guidelines on Area-Based and Demand-Driven TVET,” which supports the implementation of a “area-based and demand-driven” policy direction at all levels of operation, according to him.

The policy direction brings together the key TESDA procedures that contribute to the planning and delivery of TVET programs at the national, regional, and provincial levels to address designated priorities and develop skills.

“Since then, TESDA has worked with industry partners and employers to set training laws and standards to ensure that what is being taught to tech-voc learners are the skills that the sector requires,” Lapeña added.

Another circular was released this year, he said, to form national and local industry boards in order to make the country’s TVET system more responsive to industry concerns.

TESDA also launched the “EBT to the Max” initiative to encourage industry partners to promote its Enterprise-Based Training (EBT) program more aggressively in order to better prepare workers and learners in their particular regions, he said.

“Among the advocacy efforts are increased promotion and marketing of EBT programs, the creation of an EBT locator system, and the creation of incentive packages for EBT deployment. It also entails the creation and implementation of EBT training models tailored to the Philippine context, as well as the maintenance and development of existing and new partnerships with industry and other relevant sectors to ensure the most effective implementation of EBT programs “he stated

He went on to say that TESDA has been forming collaborations with commercial organizations and government agencies in order to provide access to excellent training for Filipinos and expand its reach to more segments of society.