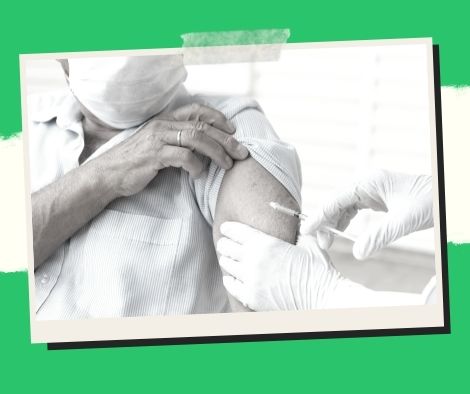 During the current Covid-19 pandemic, President Rodrigo Duterte stated that employers have the authority to refuse to hire unvaccinated applicants.

“I believe it is legal for employers to refuse to hire persons who have not been vaccinated. sila tama (They are right). I concur with them “Duterte made the remarks in his weekly Talk to the People program, which aired late Tuesday.

Employers, according to Duterte, are “simply defending their enterprises and other people” from the terrible illness.

“Can you think of any legal arguments against it?” Duterte, a lawyer and former prosecutor, stated.

Meanwhile, Duterte announced that he has directed the National Task Force (NTF) on Covid-19 and the Department of the Interior and Local Government (DILG) to speed up the vaccination program and “take necessary efforts to accomplish population protection before the end of the year.”

He then advised more Filipinos to take advantage of the opportunity to be vaccinated against the disease.

Vaccines, according to Duterte, will assist to minimize the severity of the Covid-19 infection.

He also praised the success of the pediatric vaccination program.

“Not only will this protect millions of children, but it will also hopefully persuade their parents and grandparents to get vaccinated if they haven’t already,” he stated, emphasizing that “the government must lose its attention, especially now that the Covid-19 instances have declined.”

He went on to say that the downward trend in cases “is a good reason” to ramp up the country’s vaccination campaign in order to avoid another outbreak.