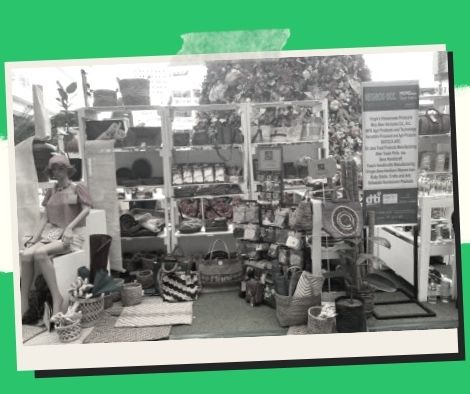 The Department of Trade and Industry (DTI) in Region 12 (Soccsksargen) hopes to generate roughly PHP10 million in sales during the week-long grand trade exhibition and product showcase that will begin on November 15 and end on November 22.

As of Thursday, Robert Orfrecio, chief of DTI-Region 12’s micro, small, and medium enterprises (MSMEs) development division, said at least 24 MSMEs from various parts of Region 12 had confirmed their participation in the exposition, which is billed as the region’s “biggest and grandest” this year.

He said the event, dubbed “Yaman Dose Trade Expo: The Best of Soccsksargen,” will feature over 500 new and improved products from MSMEs in the region, particularly those helped by the agency’s various support programs.

The “best of the best” processed food, arts and crafts, furniture, wearable items, and other high-quality products from various localities in the area, according to Orfrecio.

Yaman Dose, which will run till November 21 at the SM Mall atrium, is a spin-off of the yearly “Treasures of Region 12” trade show, which last featured a physical event in 2018.

Due to a series of earthquakes that struck the region and the commencement of the coronavirus disease 2019 (Covid-19) pandemic, the planned fairs in November 2019 and 2020 were canceled.

This year’s festival was relaunched to better represent the region’s MSME sector, which continues to prosper despite the Covid-19 issue, according to Orfrecio.

In a press conference in Koronadal City, he said, “This was organized to help MSMEs recover and (cope with) the losses that they incurred due to the pandemic.”

He stated that their primary goal is to help the exhibitors, which include 16 food processors and eight homestyle and wearable manufacturers, generate PHP10 million in sales from more than 5,000 buyers, with a daily target of at least 1,000.

Seven are from this city, five from each of the provinces of South and North Cotabato, four from Sultan Kudarat, and three from Sarangani.

Orfrecio said they will hold online live selling events via Facebook to complement the face-to-face fair as part of the innovations.

Aside from the trade show, he said they’ll create a specific setup showcase for over 50 MSMEs’ items that were helped by their company development initiatives.

He mentioned NextGen, DTI Cart, Great Women Project 2, Rapid Growth Project, Youth Entrepreneurship Program, and the Shared Service Facility, all of which are part of the OTOP or “One Town, One Product” initiative.

He said that under the “Negosyo sa Dose” component, there will be a variety of side activities and webinars aimed at developing and improving the entrepreneurial mindset, technical capacity, and encouraging participants to share their ideas.

The Yaman Dose Trade Expo, according to Jude Constantine Jaugan, director of DTI-Region 12, was organized to help sell the region and its products to more buyers and investors.

It also aims to support the formation of additional MSMEs and the production of more world-class products in the region, according to him.

According to the official, the trade show will help local products expand their market base and become more competitive in both domestic and international markets.

“We hope that this year’s Yaman Dose will be able to achieve its main goal of assisting our MSMEs in becoming stronger, better, and more capable of dealing with the pandemic’s challenges,” he said.