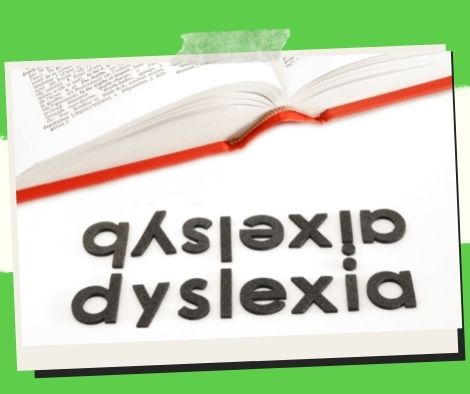 Dyslexia is a type of learning disability that can affect people of any age. Early detection and intervention are advantageous to the individual with the handicap, just as they are for other disabilities. With dyslexia, however, this is not always the case.

The origins of dyslexia are frequently neglected, which is why many cases of dyslexia are only recognized in adulthood. To think about it, in today’s culture, a youngster who has not learned to read fluently by the age of ten or eleven is generally believed to be weak in motivation or intelligence.

The majority of people would assume they are stupid or lazy. However, in the vast majority of cases, they are neither. They most likely have dyslexia, a learning disorder that causes them to struggle with the written language despite having a normal or even higher-than-average IQ.

According to the most recent research, dyslexic people’s reading challenges are caused by “faulty wiring” in certain brain areas related to learning and language. This incorrect wiring is also partially caused by recognizable genetic variants or abnormalities, according to research.

Early diagnosis and recognition of such differences allow you to receive suitable and timely remedial instruction. The majority of experts believe that youngsters should be allowed to deal with their condition in order to overcome it and learn to read at an appropriate level. However, because dyslexia is occasionally identified only later in life, the benefits of early detection are rarely fully realized.

Detection after the fact

Although some people develop dyslexia later in life as a result of a stroke or traumatic brain injury, dyslexia is most often a developmental issue. According to experts, the majority of cases of persons with dyslexia documented are adults who have had it since childhood but didn’t realize it until they were adults.

Most adult dyslexics are concerned about the late diagnosis of their disease because early help is no longer an option. However, there is no need to be concerned if you were one of the people who received late detection. Even though the results differ, intervention, no matter how early or late, is still intervention.

The Problem With Brain Plasticity

Because of the concept of brain plasticity, late detection becomes a problem. Younger humans, and even animals, have a more elastic brain than their elders, according to research. The importance of brain plasticity is that it is one of the most essential factors in intervention.

Because the brain is more malleable while you’re younger, rewiring is possible because it hasn’t reached maturity and is still developing. If you have a learning handicap such as dyslexia, your brain can still be evolved to work at a more acceptable level, with the problem having a small impact.

Many adults who have just been diagnosed with the disease think that intervention would be ineffective because their brains are no longer as elastic as children’s. Recent research, however, suggests that the brain’s suppleness is still intact in adults.

For adult dyslexics, this recent study on plasticity in the adult brain is a game-changer. So, if you’re an adult who received a late diagnosis, rejoice! Even if your condition just improves to an acceptable degree, there is still hope.