The budget deficit is reduced via prudent economic management: Palace

The budget deficit is reduced via prudent economic management: Palace

According to Malacanang, the “excellent” management of the Philippine economy under the Marcos administration contributed significantly to the reduction of the national government’s fiscal gap in November 2022.

This comes as the Bureau of the Treasury (BTr) stated on Monday that the November 2022 budget deficit decreased by 3.71 percent from the PHP128.7 billion deficit recorded in November 2021 to PHP123.9 billion.

According to a statement from Undersecretary Cheloy Garafil, officer-in-charge of the Office of the Press Secretary (OPS), “good economic stewardship by the administration of President Ferdinand R. Marcos Jr. resulted in the country’s budget deficit dipping in November from last year’s figure as the government posted growth in revenues.”

From the PHP1.33 trillion gap in the same period last year, the budget deficit for the first eleven months of this year fell by 7.23% to PHP1.2 trillion.

This represented 75% of the updated full-year deficit program of PHP 1.7 trillion.

As a result, revenue collections increased and reached PHP331 billion, up 16.57 percent from PHP284 billion the previous year.

This increased the total amount collected so far this year to PHP3.3 trillion, an increase of 18.13 percent or PHP503.1 billion over the same period last year, and it represented 99 percent of the PHP3.3 trillion annual objective, according to BTr.

90 percent of the entire revenue, or PHP3.0 trillion, came from taxes, which grew by 17.48 percent YoY (year over year) during the period in question.

In the meantime, non-tax revenue increased to PHP317.7 billion, up 24.59 percent over the level of the prior year.

In November, the Bureau of Internal Revenue (BIR) collected PHP237.1 billion, up 12.53 percent or PHP26.4 billion over the same month the previous year.

90 percent of the PHP2.4 trillion the fiscal year 2022 program was collected during the 11-month period, according to the BIR, which is up 12.56 percent from the PHP240.6 billion reported during the same period in 2022.

The sum of PHP75.7 billion in collections for the Bureau of Customs likewise increased.

In turn, the BOC’s year-to-date uptake increased to PHP789.2 billion, up 35.31 percent from PHP206 billion recorded a year earlier and PHP67.7 billion higher than the PHP721.5 billion objective for the fiscal year 2022.

According to Garafil, the high base for dividend collections was to blame for BTr’s November revenue decline of 13.25 percent, or PHP806 million.

“However, BTr’s [year-to-date] earnings of PHP148.2 billion were higher by 22.90 percent, or PHP27.6 billion, than the earnings made during the same period the previous year. The original PHP61.2 billion full-year program for 2022 has more than doubled as a result “She spoke.

She continued, “Revenues from other offices (other non-tax, including privatization proceeds, fees, and charges) for November rose to PHP12.9 billion, a 61.04 percent (PHP4.9 billion) improvement over the result from the prior year.

According to Garafil, national government spending for November totaled PHP455.0 billion, an increase of 10.24 percent or PHP42.3 billion over 2021.

According to her, the most recent spending total was due to “the larger National Tax Allotment of local government units, disbursements from capital outlay projects of the Department of Public Works and Highways, payouts for the social protection programs of the Department of Social Welfare and Development, and releases for the year-end bonus and cash gift of government employees.”

“The year-to-date disbursement of PHP4.5 trillion attained 91 percent of the full-year program of PHP5.0 trillion and likewise outperformed the previous year’s 11-month total of PHP4.1 trillion by PHP406.8 billion (9.91 percent),” she stated.

According to Garafil, the government also reported a 12.43 percent increase in primary expenditures year over year for November, totaling PHP428.9 billion, bringing the total primary expenditure to PHP4.1 trillion, up 9.44 percent or PHP349.6 billion from the previous year.

Garafil reported that November’s interest payments came to PHP26.1 billion, down 16.43% or PHP5.1 billion from the same month last year, according to data from BTr.

The resulting [interest payments] grew to PHP459.3 billion as of the end of November, 14.21% (PHP57.1 billion) higher year-over-year, according to the BTr.

Palace: Hoarding has made the sugar scarcity “artificial.”

Cebuano English Filipino On Monday, Malacanang stated that the alleged […] 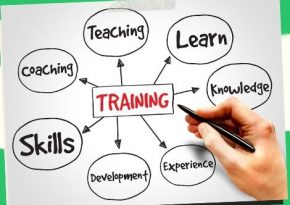 Cebuano English Filipino In order to improve the administrative and […] 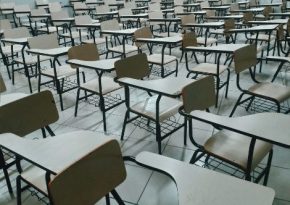