A health official stated on Thursday that the two confirmed cases of Omicron variant (B.1.1.529) are still in isolation and being closely monitored.

Health Undersecretary Maria Rosario Vergeire stated in an online media forum that samples were taken from them on Thursday for a repeat reverse transcription-polymerase chain reaction (RT-PCR) test.

The 48-year-old male, who is a returning overseas Filipino, has been identified by the Department of Health (DOH).

On December 1, he came from Japan on Philippine Airlines aircraft PR 0427. His sample was taken on the 5th of December, and his positive result was announced on the 7th.

On the same day, he was placed in an isolation facility. He is currently asymptomatic but had cold and cough symptoms when he arrived.

“A negative RT-PCR test result was provided on December 4 for the close contact.” So, if you’re asking why there’s only one case contact, it’s because he was in business class, and there was only one other passenger in his sector,” Vergeire explained.

Meanwhile, the Department of Health has identified seven of the Nigerian national’s intimate associates.

On November 30, he came via Oman Air aircraft number WY 843. His sample was taken on December 6th, and the results were revealed on December 7th.

On the same day, he was placed in an isolation facility. His current state is asymptomatic as well.

“We only counted those in front of him and those on his flanks because the foreign national sat at the very end of the plane,” Vergeire explained.

Six of the seven close contacts identified had negative test results, which were revealed between December 2 and 3, while the final contact’s result is still being validated, according to her.

Even if the close contacts’ tests came out negative, the DOH is contacting them to find out their current health status and test results from the Bureau of Quarantine and Regional Epidemiology Surveillance Units.

All passengers who flew on the planes with the two cases were quarantined for five days and tested for Covid-19 before returning to their communities, according to Vergeire.

Instead of panicking or being terrified, Vergeire advised the public to work with the government by doing their bit in preventing the spread of the Omicron variant.

Regarding the government’s protocols, Vergeire stated that nothing needs to be modified in light of the presence of the Omicron variant in the country because enhanced border control has proven to be efficient in preventing the arrival of variants of concern across the country.

For the pediatric vaccine, the PH will concentrate on Pfizer and Moderna.

Inoculation of on-site and transport employees with Covid-19 is now required.

Malacanang declared on Friday that on-site and transport personnel must […] 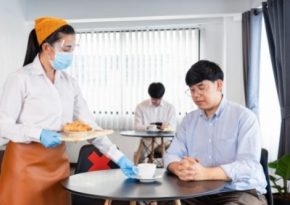 In light of the more transmissible Delta form of Covid-19, […]

More vaccination brands are being considered by PH for the pediatric population.

The government is working with other drug companies to increase […]