On Tuesday, the Philippine National Police (PNP) stated that the government’s efforts to maintain the nation’s secure economic environment include a crackdown on Philippine Offshore Gaming Operators (POGOs) linked to criminal activities.

In a letter to the Philippine NBI, PNP chief Gen. Rodolfo Azurin Jr. stated, “With the crackdown, what we are doing with undocumented, overstaying, expired visa or working permits of POGO workers, it will soon give our country a better business climate.” A requirement for foreign workers is a clearance that they are not wanted or facing any criminal charges in their country. They will also be required to obtain National Police Clearances and NBI Clearances.

The top law enforcement official in the nation reaffirmed that there is no lawlessness and that offenders will face legal consequences for their illegal actions.

In the same way, he continued, “POGO and other foreign workers here must have a surveillance system to make sure they are not breaking our laws with impunity.”

This occurred as the PNP and other law enforcement agencies stepped up their operations in response to reports of Chinese nationals, primarily kidnapped by fellow countrymen while working as foreign POGO employees.

According to Azurin, nine of the 17 kidnapping incidents connected to POGO that have been reported since January of this year have been solved.

Seven more cases are still being investigated, leaving one case out of this total as cleared.

Azurin claimed that the police are working to improve their collaboration with relevant government organizations, including the Philippine Amusement and Gaming Corporation and the Bureau of Immigration (BI) to strengthen their capacity to conduct investigations into occurrences involving POGO.

According to Azurin, this cooperation is in line with operational goals to carry out on-the-spot record verification of foreigners and enforce applicable laws and local ordinances that regulate company operations.

The BI stated that it collaborates closely with law enforcement organizations to address POGO-related illicit activity related to POGOs.

According to Sandoval, the foreign nationals detained during the raid in conjunction with the National Bureau of Investigation (NBI) in Los Angeles City, Pampanga, are currently in custody of the BI.

“Now, these individuals are in danger of deportation because, in addition to the criminal nature of what they did or what they committed here, there is also a criminal nature to that. It became clear during the inspection that many of them are undocumented, either overstaying their welcome or possessing work permits incompatible with the projects they are currently engaged in, Sandoval continued.

She outlined how these foreign nationals entered the country with full documentation indicating they were tourists, but their true intentions differed from what they had indicated.

The BI spokeswoman stated, “So that’s what our local law enforcement authorities, as well as our intelligence section, are responsible for to arrest them for breach of the restrictions of their stay.”

Sandoval added that they are prepared for the flood of Filipinos traveling or home for the holidays.

“One batch of immigration officers recently graduated, so we’re considering deploying them in the upcoming months to prepare for the anticipated rise in passenger traffic. Although we are still not at pre-pandemic levels, we observe a modest increase in passenger numbers. We anticipate that this trend will continue by November or December due to the Christmas season and the New Year,” she said. 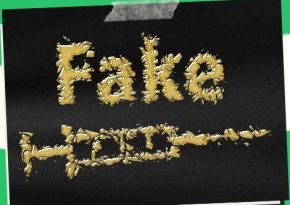 Sellers of fraudulent injectable Covid-19 medications should be prosecuted, according to PRRD.