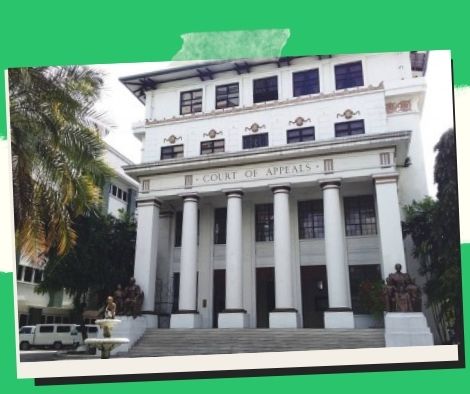 An American citizen’s appeal challenging his detention at the airport in 2018 on presumptive allegations of human trafficking was upheld by the Court of Appeals (CA).

The appeal court upheld its earlier decision for foreign national Antonio F. Bounab, who was detained without a warrant at the Ninoy Aquino International Airport (NAIA) in 2018. The decision was made in a resolution dated October 17.

The court stated: “Petitioner (Bounabact )’s standing with his luggage in the departure area of NAIA Terminal 1 is insufficient to incite suspicion of criminal activity or to create probable cause enough to justify a warrantless arrest,” even if the petitioner introduced himself to the victim.

According to court documents, on May 15, 2018, the Philippine National Police’s Women and Children Protection Center (WCPC) officials received a referral letter from the Manila office of the United States Homeland Security Investigations asking for help in looking into Bounab, who was allegedly having sexually explicit conversations with female minors in the Philippines via Facebook messenger.

Upon his arrival in the Philippines, Bounab allegedly stated that he intended to have sex with the children.

According to information provided by the HSI to the WCPC, Bounab intends to fly on Asiana Airlines aircraft number. OZ701.

The authorities later rescued the intended victim from her home in Caloocan City before the youngster could meet Bounab when he arrived in the country.

The court stated that the law or regulation that permits exceptions to the requirement of arrest warrants is severely construed in its decision to reject the arrest.

“We cannot broadly interpret the prohibition on arrests without a warrant or apply it in circumstances other than those specified by law. This would restrict personal freedom and set back a fundamental right that has been so frequently abused and so richly deserves full protection, the court ruled.

The people wearing green in the campaign rally photo are supporters, not DOH personnel.

Cebuano English Filipino MANILA – The people pictured at a […]

Not recommended for those who have received their second Covid-19 booster: Palace

Cebuano English Filipino More than 72.1 million people who have […]

Lacson will be honored with a ‘Lifetime Achievement Award’ by PMA alumni.