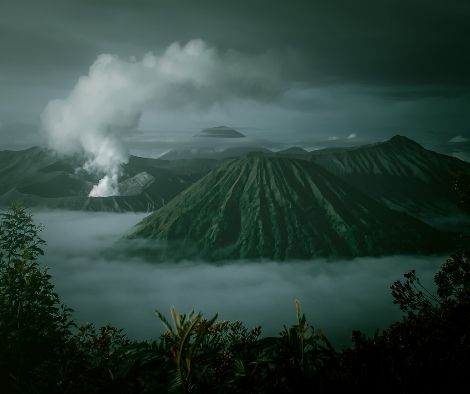 Solidum informed the Philippine News Agency that they were all short-lived phreatomagmatic eruptions that lasted one to seven minutes.

The first two eruptions each created a 300-meter-high grey column, while the third produced a 700-meter-high dark gray column.

The fourth and fifth eruptions generated dark gray columns with heights of 500 and 200 meters, respectively.

Phivolcs reported that Taal Volcano “weakly erupted” around 8:47 a.m. on Wednesday, just before noon. Solidum stated that an eruption is considered “weak” if the eruption column is not very high, like in the cases mentioned above.

“One kilometer is a small distance. In January 2020, the eruption column reached a height of approximately 15 kilometers “he said

For the last 24 hours, 55 volcanic earthquakes produced by movements or eruptions of magma from the volcano have been reported at Taal, with SO2 emissions averaging 7,560 tonnes per day.

Over the Taal Volcano, Alert Level 3 (magmatic unrest) is maintained. As a result, magma erupting from the main crater may cause explosive eruptions.

Governor Hermilando Mandanas of Batangas claimed this year’s eruption is different from previous year’s in a public briefing broadcast on PTV.

“The explosion of the Taal Volcano last year was very powerful. This year’s eruption, which occurred on July 1st, lasted just around 5 minutes “Mandanas said.

He did admit, though, that the volcano continues to erupt large plumes. Other indicators, like as SO2 emissions, have been dropping, but Mandanas stressed that this does not indicate that volcanic activity has ceased.

“This has been taken care of. We’ve set aside the money. We are grateful to President Rodrigo Duterte for allocating PHP132 million to our front-line workers “he said

He went on to say that 300 family tents had already been distributed via Senator Bong Go’s “Malasakit” initiative. Mandanas claims that Batangas province has 600 tents.

He further said that the food supply is never interrupted.