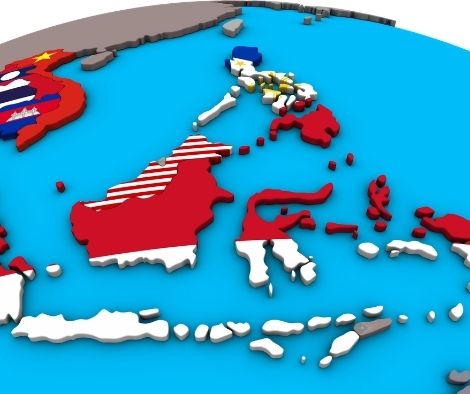 According to a former Malaysian ambassador to China, ties between China and ASEAN have improved steadily since the two sides started dialogue contact 30 years ago, resulting in demonstrable outcomes in all-around collaboration and current collaborative efforts against the Covid-19 epidemic.

“The ASEAN-China relationship has been a paradigm for regional collaboration over the previous 30 years,” stated Abdul Majid Ahmad Khan, Malaysia’s ambassador to China between 1998 and 2005.

When China and the Association of Southeast Asian Nations (Asean) began dialogue ties 30 years ago, Majid, who was participating in the process as a seasoned diplomat, said that the two sides had to seek avenues of collaboration and create mutual confidence in each other.

“After 30 years, mutual trust and confidence have increased, as shown by the real benefits of Asean-China collaboration,” he told Xinhua on Sunday.

“China is one of Asean’s most active partners, taking a number of steps to promote ties. China has also reacted favourably to Asean policies and initiatives, signing on to a number of them. Asean’s significance in regional cooperation has always been stressed and acknowledged by China “Majid said.

Majid expressed his delight that the foundation established three decades ago has yielded beneficial and tangible outcomes as a diplomat who has been engaged in the development of Asean-China ties from the outset.

Asean and China’s combined measures to combat the Covid-19 outbreak, including China’s dispatching of medical support and expert teams to Asean nations, are also “quite encouraging evidence of the mutually beneficial and dynamic partnership,” Majid added.

China has kept its promise to make its Covid-19 vaccines available as a global public good by prioritizing supply to Asean countries, he said, not only by providing finished vaccines but also by agreeing to transfer technology through joint manufacturing cooperation with countries like Malaysia and Indonesia.

“China has followed through on its promise to make its vaccinations worldwide public goods,” Majid said.

On Monday, when China and Asean conduct a Special Foreign Ministers’ Meeting to commemorate the 30th Anniversary of dialogue ties, Majid hopes Asean and China to enhance their cooperation against Covid-19 and for economic recovery, and that the connection would become even stronger.