CITY OF CAGAYAN DE ORO – Senator Francis “Kiko” Pangilinan, a vice presidential candidate, believes he may still win the vice-presidential contest in the May 9 elections, despite finishing third in the Pulse Asia poll.

“Well, the polling was done three weeks ago. In politics and campaigning, a week is already too long (to change voters’ thoughts),” he remarked at a press conference held in the mayor’s office conference room here on Wednesday.

Pangilinan, on the other hand, believes that pre-election polls aren’t a guarantee of victory, noting similar election scenarios in which elected leaders had low polling ratings before the election.

Due to the efforts of volunteers and supporters, Pangilinan remains optimistic that his survey position will improve.

Aside from the poll, Pangilinan claimed to have outperformed Duterte in Google trends.

According to Google Search’s interest in the top searched vice-presidential candidates over the last week, Pangilinan received 45 percent of searches, which is 4% higher than Duterte’s search score.

Meanwhile, according to the same Google Search interest in the top presidential candidates last week, Robredo had 55 percent of the vote, which is more than half of Marcos’ 25 percent.

Pangilinan and his colleagues returned to the city to meet with former Marcos supporters who are now proclaiming support for the Leni-Kiko campaigns.

He and his campaign staff also went to local public markets to solicit support.

Pangilinan’s brother Anthony, along with his daughter Ana, arrived in the city on Tuesday for a house-to-house campaign in vote-rich Barangay Macabalan and a rally at the Carmen public market with hundreds of local volunteers.

110 of the 500 villages in Southern Leyte have regained power.

After a month of power outages caused by Typhoon Odette, […]

6.9K jobs are available during the DOLE-11 job fair on May 1 in Davao City.

DAVAO CITY, Philippines – The Department of Labor and Employment […] 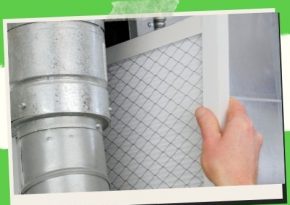 How to Save Money on High-End Air Filters for Your Home?

Do you require air filters? You could be in the […]

There is no prejudice in limited face-to-face classes, according to CHED.

According to Commission on Higher Education (CHED) Chairperson Prospero de […]