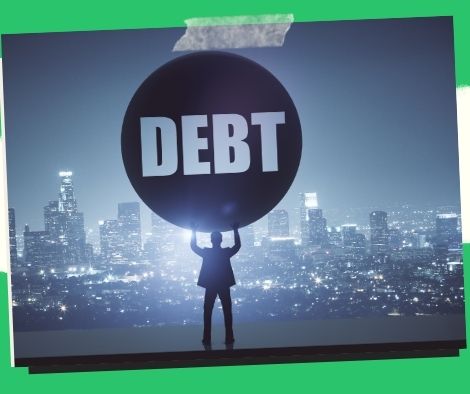 The government will be repaying a record P1.6 trillion in debt next year, marking its highest-ever annual debt service.

In addition, despite slightly lower borrowings planned for next year, the national government’s outstanding debt will reach a new high of P14.63 trillion by the end of 2023, or the Marcos administration’s first full year in office, according to documents on the proposed P5.268 trillion 2023 national budget that were made public on Monday.

The predicted P13.43 trillion by end-2022 and the P11.73 trillion owed as of last year will be more than the P9.96 trillion in domestic commitments and the P4.67 trillion in overseas loans that will be due at the end of 2023. By the end of the year, the debt stock will be made up of P4.22 trillion in outstanding foreign borrowings and P9.2 trillion in debts with local origins.

Finance experts had predicted that the level of outstanding debt by year’s end will be equal to 62 percent of gross domestic product (GDP), a 17-year high that will reverse the record-low debt-to-GDP ratio of 39.6 percent in 2019. The debt-to-GDP ratio is thought to be a stronger indicator of an economy’s capacity to pay its debts, with credit-rating agencies considering a 60 percent barrier to be reasonable for rising countries like the Philippines.

As a result, the P1.26 trillion set aside to pay off existing commitments this year will be less than the debt servicing costs for the next year.

The national government would borrow P2.2 trillion the following year, slightly less than the P2.21 trillion in gross borrowings this year, to help partially cover a 2023 budget deficit that is less than P1.45 trillion, or 6.1 percent of GDP.

A total of P1.65 trillion will be borrowed domestically for the upcoming fiscal year, of which P1.59 trillion will be obtained from the sale of fixed-rate treasury bonds. A net of P54.1 billion would be provided by short-dated T-bills (P621.1 billion in gross issuance next year offset by P567-billion maturities).

In order to capitalize on the financial system’s liquidity and reduce foreign exchange risks, three-fourths of the government’s borrowings in 2023 will be raised from the domestic debt market, similar to this year.

In contrast, external borrowings will decrease even more the following year, from P561.5 billion this year to P553.5 billion last year.

The P265 billion to be raised from offshore commercial bond issuances denominated in foreign currencies, as well as the P219.2 billion program loans and P69.3 billion project loans from multilateral lenders and bilateral development partners, are among the foreign borrowings planned for the upcoming year.

Budget documents, citing a report from the Department of Finance’s (DOF) international finance group, indicated that the government would request $2.84 billion in program loans from the Asian Development Bank (ADB) in Manila, up from $2.57 billion this year; $836.2 million from the World Bank in Washington, up from $740.5 million this year; and $400 million from the Asian Infrastructure Investment Bank (AIIB) in Beijing, for the proposed support to post-Crisis infrastructure projects.

Tax and non-tax revenue collections, including those from privatization, are expected to increase to P3.63 trillion next year from the projected P3.3 trillion this year, which will be used to fund the budget deficit.

According to a high-ranking central bank executive, the rate of […]

The BSP and the AFI have launched a cash agent registration.