Oil is higher due to ongoing supply issues vs. recovering demand.

Oil is higher due to ongoing supply issues vs. recovering demand.

Despite statistics showing increased demand in Asia, Europe, and the United States, oil prices jumped on Monday due to persistent concerns that the Organization of the Petroleum Exporting Countries (OPEC) could reduce output in an effort to stabilize the market.

The benchmark West Texas Intermediate (WTI) oil price in the United States was trading at $93.75 per barrel at the same time, up 0.74 percent from the previous session’s closing price of $93.06 per barrel.

Oman’s Oil Ministry stated in a tweet on Friday that it “supports OPEC+ efforts to maintain market stability in the face of distortions and volatility.”

The existing production cut agreement will expire at the end of September, thus the OPEC group will also introduce a new production scheme with a potential output drop.

The current unrest in Libya has raised more supply-side worries since it could affect the nation’s oil exports and production.

The capital city of Tripoli saw violence between competing militias that resulted in at least 32 fatalities and several injuries.

Rising supply concerns were made worse by reports that Kazakhstan’s crude exports may possibly be affected for months.

Supply-side worries arose in response to indications of increased demand and rising natural gas prices, which, according to analysts, are driving industrial users and power producers to consume more diesel and fuel oil.

According to the most current TomTom Congestion Index data, traffic levels in the Asia-Pacific, Europe, and North America all had high weekly growth in the week leading up to August 24, according to Daniel Hynes, the commodity strategist at Australia and New Zealand Banking Group (ANZ).

According to Hynes, who cited data from Baidu, the level of congestion in China has also decreased.

According to data from the Energy Information Administration published last week, demand is also increasing in the US (EIA).

Compared to the market anticipation of a loss of 450,000 barrels, the US’s commercial crude oil stockpiles decreased by almost 3.3 million barrels.

Over the same time period, gasoline inventories fell by 100,000 barrels to 215.6 million barrels.

Foreign companies are being urged to invest in ‘game-changing’ initiatives in the Philippines. 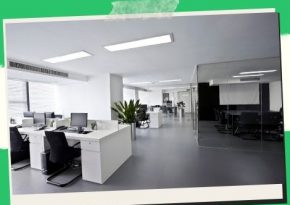 According to the latest report by Leechiu Property Consultants, Philippine […]

Oil prices are declining on concerns about a slowing global economy.

On Wednesday, oil prices fell as growing worries about a […]