Google and Meta were fined $72M for collecting personal data without authorization.

Google and Meta were fined $72M for collecting personal data without authorization.

According to officials, the Personal Information Protection Commission (PIPC) fined Google and Meta Platforms a total of 100 billion won (USD71.9 million) on Wednesday for gathering users’ data without their knowledge and utilizing it for tailored online advertising and other uses.

The PIPC also mandated that Google and Meta obtain the clear and informed agreement of their users before collecting or using user activity data on websites or applications other than their own.

The watchdog claimed that its investigation proved Google and Meta did not explicitly inform consumers when they collected or processed such data to estimate their particular interests and use that information to create targeted advertisements, nor did they obtain their prior approval.

According to the watchdog, Google has had South Korean users consent to such data collecting by default settings since at least 2016, while Meta, the operator of Facebook, has not informed or obtained consent from users since 2018.

The PIPC claimed that as a result, more than 82 percent of Google users and more than 98 percent of Meta users in South Korea had their user behavior data exposed to their illicit data gathering on platforms other than Google and Meta.

Google and Meta both expressed their disappointment with the regulatory choice.

Shortly after the PIPC’s announcement, Google released a statement expressing “deep sorrow” and promising to keep in touch with the commission to discuss how to protect Korean users’ privacy best.

WHO demands $16 billion from wealthy nations to close the vaccine gap and combat Covid.

The World Health Organization (WHO) repeated its call on high-income […] 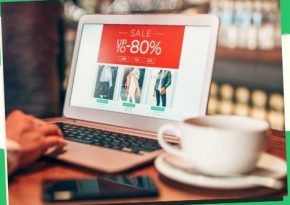 So, you’ve decided to start a dropshipping company. Great! Is […]

The world markets await the US employment data next week, […]