Inflation is anticipated to slow in 2023: BSP

Inflation is anticipated to slow in 2023: BSP

The excessive inflation rate is expected to continue through the end of the year due to upside risks, the Bangko Sentral ng Pilipinas said on Friday, although it would likely go down in 2023.

The BSP stated in a press release that “inflation is projected to remain elevated for the remainder of 2022 but will likely decelerate in 2023 due to easing global oil and non-oil prices, adverse base effects from transport fare adjustments in 2022, and as the impact of BSP’s cumulative policy rate adjustments take hold on the economy.”

Although the forecasted view indicates that risks would stay positive till next year, the central bank stated that they “are seen to be broadly balanced for 2024.”

The domestic inflation rate increased again last October, rising to 7.7 percent, the highest level since December 2008, according to earlier data from the Philippine Statistics Authority (PSA).

The average inflation rate thus far is 5.4 percent, which is higher than the government’s target range of 2-4 percent and was just under a percentage point higher than September’s rate of 6.9 percent and 4 percent more than the previous year.

The central bank’s prediction of 7.1–7.9 percent is maintained by the most recent inflation reading.

The key upside risks to the inflation projection, according to the report, are the potential impact of higher global non-oil prices, additional transportation fee increases, higher food prices due to weather-related shortages, and a sudden increase in sugar prices.

The impact of a weaker-than-expected global economic recovery, according to the agency, is the main risk to the prognosis.

It stated that the Monetary Board (MB), which sets policy, will evaluate these recent developments at its rate-setting meeting on November 17 to assess their impact on monetary policy.

The BSP is still ready to implement any further monetary policy measures required to return inflation to the target over the medium run. To lessen the effects of ongoing supply-side pressures on inflation, the BSP continues to vehemently advocate for the prompt adoption of non-monetary government actions, it was underlined.

A presidential business adviser believes that a higher alert level is unnecessary. 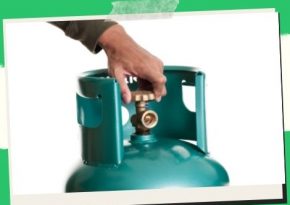