Chinese health officials’ comments on the nation’s desire to retain its zero-Covid policy, which fueled demand worries from the world’s largest oil importer, led to a decline in oil prices on Monday.

American benchmark West Texas Intermediate (WTI), which completed the previous session at $92.61 per barrel, was trading at $91.53 per barrel at the same time, down 1.2 percent.

Due to China’s pandemic policy, which is preventing economic recovery and reducing gasoline demand, the outlook for the country’s economic development on Monday deteriorated.

Hu Xiang, from the National Health Commission’s disease prevention and control bureau, was quoted as saying on Saturday in a briefing that the nation’s responses to the coronavirus disease 2019 (Covid-19) outbreak are “effective, proper, and affordable.”

The remarks raised fears about demand in the biggest oil importer in the world, which pushed prices lower.

Oil prices fell in early trading on Monday as a result of importers being deterred from buying more expensive crude oil that was dollar-indexed due to the strengthening US dollar.

Concerns over the lack of economic growth are also being raised by indications that the US Fed would raise interest rates further at its upcoming policy meeting.

Last week, the Fed raised interest rates for the fourth time in a row by 75 basis points, reaching their highest level in 14 years.

Jerome Powell, the chairman of the Federal Reserve, stated that it is too early to think about pausing interest rate increases and that the actual level of rates may be higher than anticipated.

Markets are under pressure as a result of the EU’s upcoming Dec. 5 sanctions on Russian crude.

Early in July, EU leaders opted to implement the sixth round of sanctions, which calls for a 90 percent reduction in Russian oil imports by the end of the year.

The plan aims for the gradual cessation of Russian crude oil shipments by December 5 and deliveries of refined products by February 5. 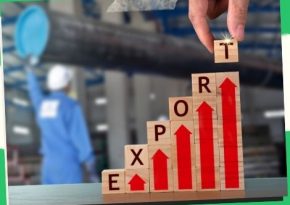 Cebuano English Filipino If the economy maintains its current growth […]

Cebuano English Filipino The Bank of the Philippine Islands (BPI), […]