Information technology (IT) departments are now more crucial than ever because of the government’s push toward digitization and businesses’ efforts to enhance their operations, which were further reinforced by the remote working arrangement when the pandemic struck.

This is one of the conclusions of a survey conducted in the third quarter of this year by ManageEngine, the IT management branch of the Indian multinational technology company Zoho Corporation.

Arun Kumar, regional director for Asia Pacific at ManageEngine, stated in a briefing on Thursday that 93 percent of decision-makers cited increased collaboration between IT teams and other departments in the previous two years, according to the results of the survey titled “IT at work: 2022 and beyond.”

According to Kumar, every single IT decision maker (ITDM) from the 150 companies that took part in the study stated that over the past year, their companies had used advanced data analytics, including artificial intelligence (AI) and machine learning (ML), on their IT operations.

According to him, there is no set amount of IT investment that businesses must make because it relies on a number of variables, including the size of the business, the industry it operates in, and the maturity of its IT system, including whether or not it has made investments in it in the past.

“I think the budgets could initially appear to be excessive, but that’s necessary because you spend now for the future,” he continued.

According to Kumar, businesses engage in IT for a variety of reasons, but in most cases, it is done to keep up with the competition, remain relevant to the industry, and automate corporate processes.

The poll also revealed that 59 percent of ITDMs indicated they would be most likely to quit their current positions if the flexible work approach, which was widely embraced during the epidemic, were to be abandoned.

Additionally, 41% of respondents felt that their organizations should have given their IT departments more support over the previous two years. According to 60% of respondents, the biggest obstacle to maximizing businesses’ use of technology is a lack of training, which is followed by a lack of fundamental technical knowledge at 49%.

The survey’s findings also showed that 36% of ITDMs have less loyalty to their companies now than they did two years ago, and 33% are actively hunting for work.

In comparison to the findings of the survey conducted simultaneously in other parts of the world, these numbers are lower.

Kumar ascribed the ITDMs’ stance on this to a number of elements, including budgetary concerns and the rise in demand for IT professionals during the epidemic, which raised the stress levels of the workers.

When asked if the level of digitalization efforts in the nation could be a factor in the ITDMs’ worries about their confidence in their current jobs and their ability to keep them, Kumar said survey results showed that about 60% of respondents considered their companies to be successful in digital transformation, with the remaining 40% making efforts in this direction.

We could see that most of the replies are actually positive, saying they are already in the process of truly converting, so I don’t think it’s the reason for individuals to leave or look for new chances, he continued. 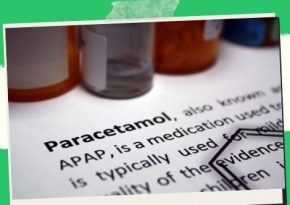 It doesn’t make sense to limit the amount of paracetamol and flu medicines people can buy because there are so many of both in the market right now.

Cebuano English Filipino Ramon Lopez, the secretary of the Department […]