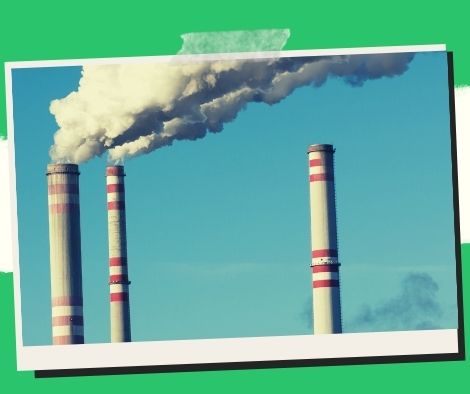 The government intends to shut down coal-fired power facilities in Mindanao once it secures the necessary funding to expand the producing capacity of the Agus-Pulangi hydropower facility, a move aimed at combating climate change.

Finance Secretary Carlos Dominguez III said the government is currently looking for a financing mechanism to improve Agus-generating Pulangi’s capacity as part of its commitment to using more sustainable energy sources during his speech at the virtual launch of the Sustainable Finance Roadmap and its Guiding Principles on Wednesday.

“As our renewable energy sources develop, we will phase out coal-fired units in the region.” This historic initiative will be unveiled at the COP26 (United Nations Conference of the Parties on Climate Change) conference in Glasgow. This might serve as a model for coal-dependent emerging nations to transition to more sustainable and environmentally friendly energy sources, he said.

To meet the government’s objective to reduce greenhouse gas emissions by 75 percent over the next decade, Dominguez said a national strategy is required.

As a result, he added, he is pushing for the adoption of a planned bill that would outlaw single-use plastics.

“This is our way of encouraging every Filipino to do his or her part on a daily basis to help save the world’s ecosystem and end marine pollution,” he added.

According to Dominguez, the government is also in the process of implementing solutions aimed at reducing the impact of global warming on farmers, fisherfolk, and residents of coastal areas “who suffer the brunt of climate change’s consequences.”

However, he claims that without the right financial measures, all of his efforts will be for naught.

This is why, according to Dominguez, the ASEAN Low Carbon Energy Program would be implemented through the establishment of an international entity that will assist the development of a green and sustainable economy through a partnership with the United Kingdom government.

The government’s Sustainable Finance Roadmap is the result of this body, which is led by the Department of Finance (DOF) and the Bangko Sentral ng Pilipinas (BSP) (BSP).

The roadmap, according to Dominguez, “would motivate other countries to adopt suitable finance policies that will help in the reduction of carbon emissions.”

“Our own efforts may not be adequate as the Philippines shifts to a more sustainable economic activity at home. Climate change is a challenge that no single country can handle on its own. Only by coordinated actions by all nations can this be addressed. It can only be fixed if the industrialized economies, which have contributed the most to greenhouse gas emissions and continue to do so, keep their promises to provide immediate financial assistance to climate-vulnerable countries,” he added.

BSP Governor Benjamin Diokno said the roadmap and guiding principles are “important enablers in releasing financing for sustainability projects and initiatives for three reasons” during the same ceremony.

The implementation of the Sustainable Finance Framework, which was released in 2020, the promotion of participation and improving market players’ confidence, and the direction of banks’ climatic, environmental, and social risk management are among these causes.

For one thing, monetary authorities are aware of the surge in bank issuances of social and sustainability bonds, according to Diokno.

“However, we can do more in green or sustainability loans,” he added, adding that this financial instrument “not only allows smaller banks to participate in sustainable finance, but it also promotes inclusivity by catering to a wide range of borrowers, including the unserved sector.”

According to Diokno, the central bank will also release the Sustainable Finance Framework’s second edition, which would “give granular expectations in managing environmental and social risks in relation to credit and operational risk sectors.”