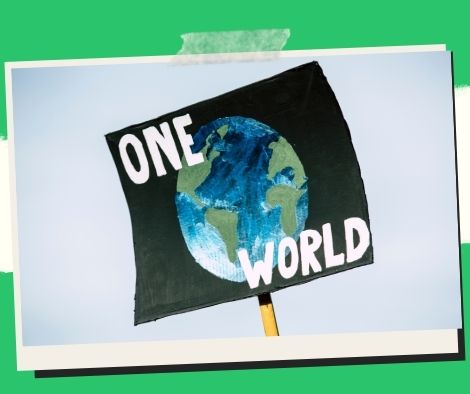 The 26th United Nations Climate Change Conference (COP26), which begins on Sunday in Glasgow, will bring together more than 100 heads of state and government from around the world, including US President Joe Biden and French President Emmanuel Macron.

Approximately 25,000 people from 196 countries, including state officials, journalists, members of non-governmental organizations, and enterprises, arrived in Scotland’s largest city in the lead-up to the summit. To ensure their protection, some 10,000 police officers will be on duty.

COP26 will be particularly significant, partly because it was postponed by a year owing to the coronavirus pandemic, and its organizers confessed that fitting the tasks and agenda of two conferences into one was difficult.

Furthermore, this conference will summarize the results of the five-year cycle, which began in 2015 with the signing of the Paris Agreement on Climate Change at COP21.

The organizers and host country face a significant hurdle in persuading the international community that the deal is working and persuading the accord’s members to take on new major duties. This should be done every five years, according to the Paris Agreement.

The decisive moment has arrived.

The occasion was dubbed “the moment of truth” by its host, UK Prime Minister Boris Johnson.

“Everyone is wondering whether we should embrace this opportunity or let it pass us by,” he remarked.

“I hope world leaders hear them and come to Glasgow prepared to respond decisively,” Johnson continued. “By working together, we can signal the start of the end of climate change—and put an end to the uncertainty once and for all.”

Johnson will fly directly from Rome, where he is attending the G20 conference, to Glasgow on Sunday.

According to a TASS journalist, Russia’s mission to Glasgow would consist of around 270 people, led by Deputy Prime Minister Alexei Overchuk.

Several deputy ministers, the president’s special envoys, leaders of Russian government agencies, businessmen, and members of non-governmental organizations round out the delegation.

Unlike the United Kingdom, which has set a deadline of 2050 for reaching carbon neutrality (the state of emitting no carbon dioxide), Russia has an extra ten years.

In mid-October, Russian President Vladimir Putin stated that Russia has a “clear benchmark” for accomplishing this aim, which is 2060.

The Russian president spoke with Johnson over the phone in the days leading up to the meeting. The UK Prime Minister praised Russia for taking action in recent days to commit to net zero emissions by 2060 and expressed his hope that Russia will raise that goal to net zero by 2050.

The Extinction Rebellion movement organized a demonstration in Glasgow on the eve of the COP26 session, which drew roughly 1,000 demonstrators. Participants traveled from all throughout the United Kingdom, as well as Europe and Argentina.

They also plan to hold a number of events throughout the summit to emphasize the urgency of combating climate change to the international population.

Every day, around 10,000 police officers will be on duty in Glasgow, making it one of the largest police operations in British history.

Starting on Saturday, all routes leading to the event’s location were totally closed off.

The Scottish police force has previously stated that it was prepared to take all necessary steps to avoid public order violations, even if they would be condemned by the world community.