In the midst of the pandemic, the enormous lanterns of Pampanga shine brightly. 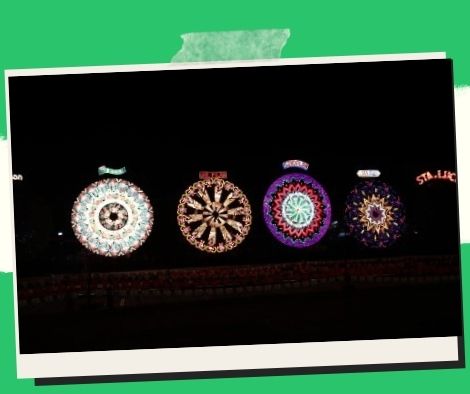 In the midst of the pandemic, the enormous lanterns of Pampanga shine brightly.

The world-famous “Ligligan Parul,” currently in its 113th year, took center stage at Robinsons Starmills here on Thursday night to keep the Kapampangan cultural heritage alive despite the presence of the virus.

The event was held as a digital exhibition of seven huge lanterns from Barangays Sto. Nio, San Juan, San Nicolas, Sta. Lucia, Bulaon, Telebastagan, and Calulut for the second time.

The glistening parol (lantern) spectacle was broadcast live on CLTV36, a regional television station, and on social media sites.

The event organizer, the GLF Foundation, Inc., and the city administration of San Fernando have opted to postpone the actual competition this year in order to promote and execute “safe tourism” in light of the present worldwide health crisis.

Despite the limitations and restrictions, the annual festival’s launch was a success, as it demonstrated the strong message of optimism and solidarity.

In a live-streamed event, City Tourism Officer Ching Pangilinan said, “Our goal is to continue our tradition and keep the spirit alive this Christmas despite the epidemic.”

The big show of stunning lights, the interplay of hues and kaleidoscopic patterns of the gigantic lanterns to the beat of exciting tunes was broadcast live to spectators in this province, other parts of the country, and even worldwide via live stream.

The ubiquitous parol will not make for a happy Christmas for Filipinos, and those who watched the exhibition’s opening from the safety and comfort of their own homes have expressed their admiration for the craftsmanship and ingenuity of the lantern makers from the seven participating barangays via social media.

The Giant Lantern Festival, according to Roger Ilagan of Barangay Telabastagan in this city, is a symbol of hope amid the hardships posed by the health crisis.

“I am happy to call myself a Kapampangan.” “We would not allow the Giant Lantern Festival to disappear since it is part of our culture,” Ilagan stated in an interview.

“The Giant Lantern Festival is an annual traditional event that we have always looked forward to during this Yuletide season, and we are delighted to witness it firsthand through its nightly exhibitions,” Rocelle Sebastian, a 36-year-old housewife from Gapan City, Nueva Ecija, said.

Unlike last year, the country’s Christmas capital is allowing the public to view the spectacular lantern display while remaining compliant with existing health regulations.

People can now see the nightly exhibitions at 6 p.m. and 7:30 p.m. at the Robinsons Starmills ground through limited face-to-face, group viewing, and drive-in viewing from December 17 to January 2, 2022, excluding December 24 and 31.

“Every night, we have two exhibition shows.” A total of 300 persons are permitted to attend each performance. “All they have to do is sign up online,” she explained.

Those interested in attending can purchase an entry pass online at www.giantlanterns.com or on the day of the event.

One of the conditions for registration is a PHP1,000 cumulative purchase at any retail shop in Robinsons Starmills and Robinsons Angeles or a PHP1,500 purchase at Robinsons Supermarket from those two malls.

Once you’ve registered, you’ll receive an email with a unique QR code.

“For face-to-face sitting and group viewing, they must show the QR code at the venue gate to authenticate their registration, health declaration, and vaccination card,” she added. 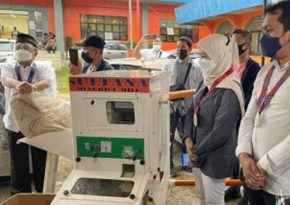 Mini rice mills are being distributed to seven BARMM cooperatives.

At the Ministry of Public Works (MPW) office in the […] 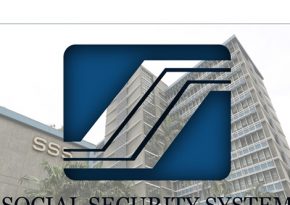 After 15 years, Albay farmers will finally receive their lands.

After more of its medical employees were either exposed to […]

Provincial governors in Northern Mindanao have urged their residents to […]